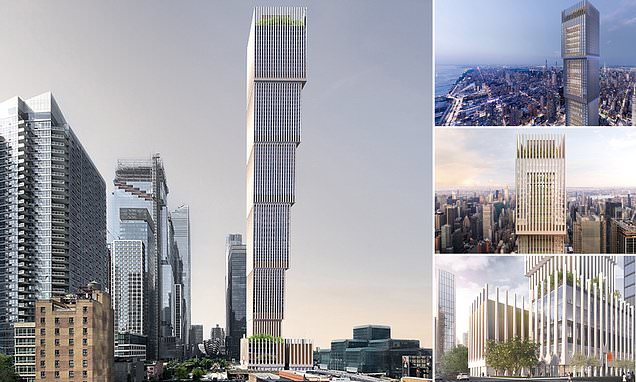 Real estate mogul Don Peebles hopes to make history and boost Black entrepreneurship simultaneously with his most ambitious project ever.

Called Affirmation Tower, the 90-story skyscraper on Manhattan’s West Side would reportedly be the Western Hemisphere’s tallest skyscraper to date on a 1.2-acre lot next to the Javits Center, according to Real Estate Weekly. Plans calls for several new features including a 1,633-foot tower, two hotels, space for Black businesses, and new headquarters for the NAACP among them.

If approved, the over two million square-foot, $3.5 billion development would be the first high-rise of its type built by Black Americans in New York City’s history. The tower is reportedly  one of multiple proposals that the Empire State Development Corp. in New York state is pondering for the site.

The project’s lead developer is Peebles Corp., a New York City-based real-estate company run by Don Peebles. The firm’s founder and CEO, Peebles is one of America’s most esteemed Black developers. Peebles Corp. landed on the  BE 100s, an annual list of  the top Black-owned businesses in the nation.

The Wall Street Journal reported Peebles stated he hopes the project provides an economic boost and new opportunities for minority- and female-owned businesses. “We want to make this a symbol of the great potential that America offers to all of us.”

If allowed, the Affirmation Tower would be the second-tallest building in New York City behind the tallest, One World Trade Center, based on info provided to BLACK ENTERPRISE. The project, if accepted, is expected to create over 50,500 construction and permanent jobs.

Media outlets have noted the Affirmation Tower’s design makes it look like an upside down skyscraper.  The  Wall Street Journal reported the building’s patter is somewhat remindful of the pick combs that Black people tucked into their Afros back in the day. It quoted Peebles saying, “including me in the 1970s.”

Based on a fact sheet, metaphorically and physically, the project is geared  to plant roots for women and minority representation within the NYC skyline. Officials Affirmation Tower’s design features a firm trunk, branching out and creating incredible possibilities. The proposal also would consist of public, commercial,  corporate, hospitality and community spaces but no residential part.