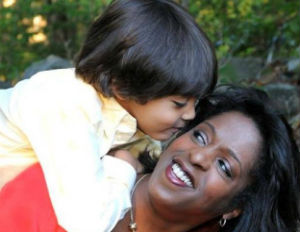 As we discussed in Part 1 of this series, after seeing the movie 42, about the life of Jackie Robinson, my son asked me, “What’s the ‘n’ word mommy?â€

It offered a great opportunity to talk about the impact of negative conditioning on how we feel about ourselves, as we talked about the ramifications of the world.

Lessons from My Boy

As a financial journalist for more than 20 years, I get to see first-hand how attitudes and perceptions play out in our financial behavior. For some of us, the best we imagine ourselves doing with money is breaking even, making ends meet. The only way we imagine life is one in which money is a struggle. Debt is the norm.Â  Loans made from payday lenders. For others, $1 dollar is a bridge to make $2.

As I began the conversation with my son by asking him to ‘remember’ who he really was; a being who’s very essence was goodness, it is important that we step back and take an honest look at the ways in which we carry our karma from the past—- more importantly, the ways in which we blindly let it make us forget who we really are.

Wealth is making your financial choices represent who you are and what you value. Those choices can’t be defined by history, race, gender, or ethnicity, and they are certainly not crystallized by the ‘n’ word.

As we still deal with the baggage of times when “people’s brains were small,â€ as my son says, by some estimates, black spending power will top $1.1 trillion by 2015. We have the power to break the ‘struggle’ mindset that the era of the ‘small mind’ created in us, and see ourselves in ways that allow us to capitalize on the future. The toll has been paid.