This Is the Genius Woman Behind the Books We Love 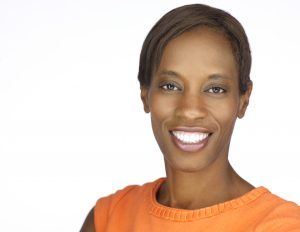 Dawn Davis, publisher and vice president of 37 INK, of the Atria Publishing Group, knows her authors as well as her books.Â  Her mission is to publish authors from a diverse array of cultures and viewpoints. Davis brings a refreshing look into the world of publishing, and has a particularly unique approach, when it comes to selecting the books she works on.Â With more than 25 years of experience, includingÂ leading HarperCollins’ Amistad imprint,Â Davis is an experienced pro.

I sat down with Davis to learn more about her career journey:

Reid: Dawn, tell me about what you focus on. What is your specialty?

Davis: I publish nonfiction, history, memoirs, and journalism, which is all under the nonfiction umbrella. I [also] publish literary fiction, and recently, I’ve been publishing some essays. In terms of memoirs, I worked with Carolyn Clarke on her book Postcards From Cookie. Another memoir I published is from the author, Chris Garner—The Pursuit of Happyness—which became a movie. I also worked with Steve Harvey on his first book, Act Like a Lady, Think Like a Man. I try and do a little bit of everything.

Reid: I know those were all really successful books.

Davis: In some cases, it’s just a matter of the right ‘magic dust’ at the right time, but it’s not like every book breaks out of the gate like that.

Reid: Is there an author that you have worked with in the past or who you are working with now that you wish more people knew about?

Davis: I published a book called Walking With the Muses by Pat Cleveland, who was one of the first black supermodels to really break out. The amount of press that we got was extraordinary, yet the sales have not been proportionate. But, I do have this theory that good books eventually find their audience. I think the story is fascinating. I think her life experiences are fascinating, and I think the spirit in which she infuses her story is wonderful. So yes, there are books that just don’t do what you think they’re supposed to do.

Reid: Can you describe a memorable moment you had with an author, and why it was special?

Davis: I’ve had so many memorable moments. I will always remember being with Edward P. Jones when he won his Pulitzer for The Known World. I remember driving with Dolen Perkins-Valdez to a book signing in a borrowed car, because money had run out in the budget. I published Wil Haygood, who wrote the article that became [the film] The Butler. I called him to ask if he would like to write more about the lead character, Eugene Allen, and I remember the joy with which he answered the question.

Reid: Would it be safe to say that authors should do more to become the face of the book, instead of being the face behind the book?

Davis: I think they have to cultivate their audience beforehand. You can’t say, “Ok, I’m going to do the book, and then I am going to worry about the audience cultivation.” It has to be natural. It’s tougher for novelists, because they [are expected to] create a world from nothing, but novelists can deeply affect people.

Reid: I have personally struggled with that as well. Although I have learned to do it now, early on, authors that I met didn’t know how to publicize their novels, because they said they weren’t about real issues. Every novel is about real issues and about a real story. Although it’s fiction, it comes from a real place.

What is a myth about getting published that you would like to do away with?

Davis: I always tell people, “Don’t quit your day job. This isn’t going to make you wealthy.” I think the myth is that people say, “Oh, my fans love me. I know they’ll buy the book.” I want to dispel the myth that anyone can do it, and that it’s easy. Just because you have stories to tell or you want to write, doesn’t mean that the path is going to be easy, or that you will be professionally published.

Reid: Do you have time to read other books—books that you aren’t working on?

Davis: Rarely. Every once in a while, I’ll find a book that I can sneak in a few pages here and there. It still gives me great joy to discover a book that I can’t put down, but the time is harder—especially considering how I have young children at home.

Reid: What is the most important lesson you’ve learned so far in this industry, or a personal lesson that the business has taught you?

Davis: I think I have learned that it’s a long game; that quality ultimately prevails; and that you have to be true to yourself. You can’t publish things that other people say is the “black experience,” or the “gen-X experience,” or the “X, Y, Z experience.” You really have to listen to yourself; listen to your gut instinct. I am also a fan ofÂ  the hard exercise of asking yourself, “Did I make a mistake here? What should I have done it differently?” You have to really love something, in order to to publish it.

Reid: What are you working on now that you are excited about?

Davis: I have a lot of things that I am excited about. One thing is publishing a story about George and Martha Washington and the slaves they owned. It’s a really interesting look at our founding fathers, and Washington’s relationship to the people he enslaved. It’s a little known story, yet an important part in history. Additionally, I signed up with my colleagues in the children’s division for a series with actress QuvenzhanÃ© Wallis.

Reid: Let’s end with how 37 INK emerged, and what the premise is. How did you come up with the name?

Davis: I was a publisher at Amistad, a division of HarperCollins, which is dedicated in-print to the black diaspora—African, African American, Caribbean, and writers, who weren’t black that were writing about the black experience. So, the areas that I focus on here are the same, but it’s not exclusively black. Black culture is not just on the fringe—to me, it’s part of the center. I can’t see a reason for it to be separated, but instead, integrated into everything: TV, comedy, news, music, and full service imprint.

I had to come up with something for the name, and almost everything had been taken. Since we are all originally from Africa, I started thinking about 37 North going through Africa; 37 North crosses through all of my favorite places: Africa as well as California, where I was born, and Italy, where my grandmother is from.

Dawn and 37 INK is one of the few publishers to go outside of the standard rules, to embrace an attitude that is part of a cultural movement of change. As our acceptance of being in a global community continues, it is the attitude of Dawn and 37 INK that will be catalysts in encouraging open attitudes and breaking down cultural barriers.