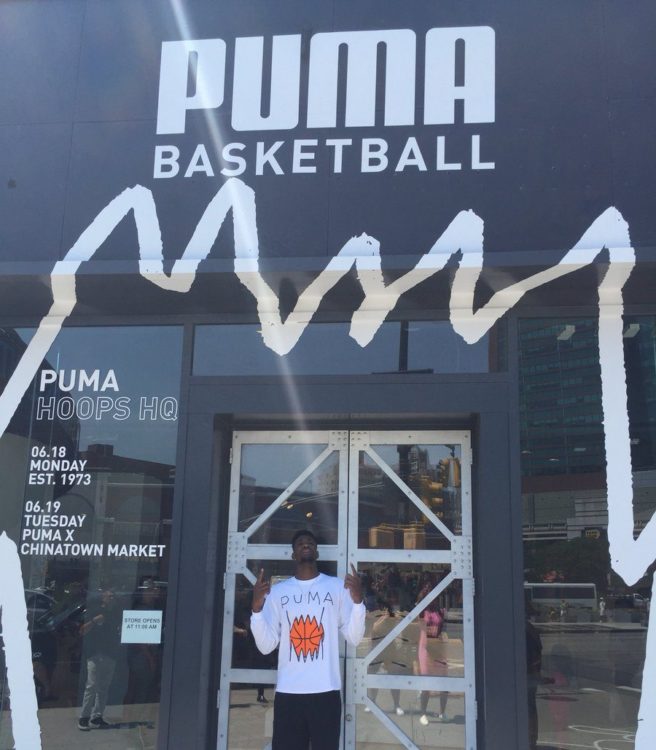 Puma is back in the basketball business. The company has announced the signings of top draft prospects Deandre Ayton (Arizona), Marvin Bagley III (Duke), and Zhaire Smith (Texas Tech).

The Ayton signing was announced this week. The projected No. 1 pick in this week’s NBA draft signed a four-year, multimillion-dollar footwear and apparel endorsement deal. Ayton, a native of the Bahamas, shares a Caribbean connection to two of Puma’s biggest ambassadors in Olympic sprinter Usain Bolt of Jamaica and pop star Rihanna of Barbados.

“Puma is pretty popular in the Bahamas,” Ayton said. “I’ve always seen the brand growing up. [Bolt] is one of the first people I saw with the brand. It’s important to me that someone I identify with and admire as an athlete is with the same brand.”

In case competitors in the lucrative athletic shoe and apparel industry didn’t take Puma’s re-emergence into the basketball space seriously, they’ve taken immediate notice now that Jay-Z has joined as the company’s president of basketball operations. “We’ve been working with Roc Nation for quite some time. They’ve been great partners to us for several years. We’ve done many different deals with many different ambassadors,” Adam Petrick, Puma’s global director of brand and marketing, told Complex. When Puma approached him about this opportunity, Jay-Z felt it “was something he wanted to be a part of,” according to Petrick.

Check here to read the rest of this story at The Shadow League.