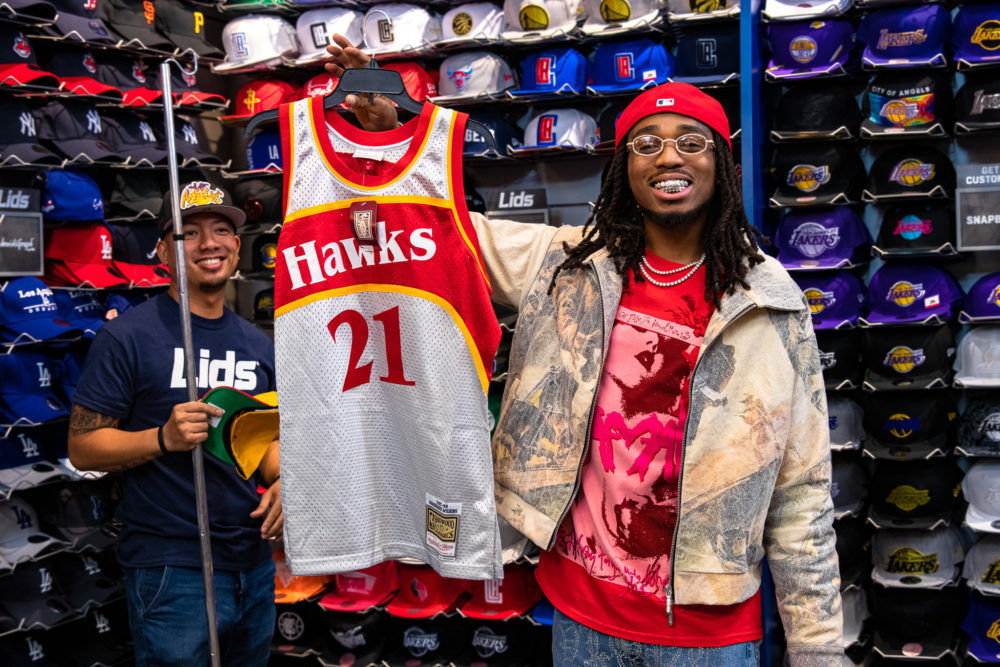 Multi-platinum recording artist Quavo is bringing his signature drip to Lids. The sports apparel retailer announced Monday that it has partnered with the hip hop star, who has officially been named as a brand ambassador. The move comes six months after Meek Mill became a co-owner of Lids and expressed a desire to take the brand’s connection to hip hop to a new level.

As part of the new partnership with Lids, Quavo, who is one of three artists in the rap group Migos, will release a limited-edition hat line next year along with other exclusive products with the brand. In an interview with Business Insider, Quavo said his line will include his personal “flavor” and “drip” as both a rapper and a sports fan who played as the starting quarterback in high school.

Born Quavious Keyate Marshall, the 28-year-old rapper added that he grew up shopping at Lids and that he believes fitted hats are making a comeback in fashion.

“Right now, hats have made this run back. Back then, it was snapbacks, then it was fitteds, and then it was snapbacks again. And right now, in this time, like 2019, 2018, 2020, I think the fitted caps are making a comeback, and I just feel like it’s the right time to link with Lids.”

Quavo’s boss moves into entrepreneurship come after Meek Mill made an investment and joined the Lids ownership group in June. At the time, Mill, who is also the head of creative strategy for Lids, said he planned to use his influence to bring hip hop culture to the retailer.

“I would definitely love to involve our whole culture in Lids more. Because, first thing we do in merchandise in hip-hop, we sell hats, we sell all types of things. And, you know, I have the leverage to actually bring the two together even more,” said Mill.

Add drip to that new cap. Let @QuavoStuntin show you how it’s done with @CUSTOMZONExLIDS pic.twitter.com/u4rm1OtYtY