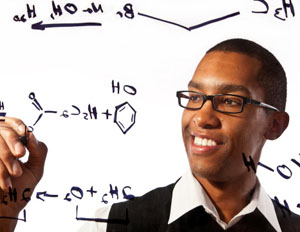 Early this week I’m in San Diego attending the U.S. News & World Report’s STEM Solutions Leadership Conference. A central theme of the conference is making increasing diversity in STEM a national priority. U.S. News and Raytheon, a technology and innovation leader specializing in defense, civil government, and cyber security, have released an Index that shows, unfortunately, that the racial and gender gaps in STEM achievement are widening.

The conference itself, however, highlights what is working in school districts across the country and in organizations that are attempting to rectify the problem, and I’ll be reporting on some of the panels and keynotes I attend. But just to sort of frame this problem, let me share the following: The STEM advocacy group Change the Equation, whose mission it is to ensure that all students are STEM capable, notes on its site that the U.S. was ranked last place in a test of numeracy skills given to adults age 16—24 in 23 developed countries, according to the Organisation for Economic Co-operation and Development, or OECD.

To more fully identify and understand the scope of this problem and how communities of color are affected, let’s turn to U.S. News:

While the number of jobs, types ofÂ degrees granted and level ofÂ student interest inÂ the science, technology, engineering and mathematics fields continues to increase since 2000, the second-annual U.S. News/Raytheon STEM Index shows that multimillion-dollar efforts by both the public and the private sectors have failed to close gender and racial gaps in STEM.

The 2015 STEM Index, created with support from Raytheon,Â shows a slight uptick in STEM-related education and employment activity in the United States compared to last year. ButÂ the raw data show that gaps between men and women and between whites and minoritiesÂ remain deeply entrenched –Â and, in some cases, have even widened.

“There either hasn’t been much progress or it’s declined,â€ says David Miller, a psychologist at Northwestern University who studies STEM trends.

The results match a February report by Change the Equation, which found that the STEM workforce is no more diverseÂ nowÂ than it was 14 years ago. Another report last year by the National Science Board also found women and minorities remain underrepresented in the STEM fields.