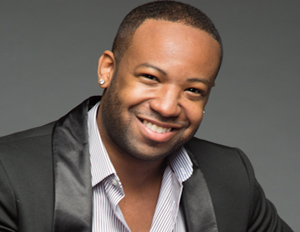 The It Factor: Alongside executive producer Mona Scott-Young, Carlos King, 33, was part of launching a new edition to an already widely successful franchise, Love & Hip-Hop. Love & Hip-Hop: Atlanta. It’s yet another cult-classic to add to an already impressive list of production credits which include The Real Housewives franchise, as well asÂ Oprah’s Season 25: Behind the Scenes and Don’t Be Tardy for the Wedding. The founder of Kingdom Reign Entertainment is working in pre-production for season 2 of Love & Hip-Hop: Atlanta, as well as other heavyweight projects.

The Process: AÂ Detroit native, Carlos moved to New York midway through his sophomore year of college. As a student at Wayne State University, he decided to transfer to Hunter College to pursue a bachelor’s degree in mass communications. “I always knew the way to leave my mark in this in this industry was to network, so I was like the king of internships. I interned [everywhere] from a small gospel radio station [to] Teen People, The View… 20/20 to Prime Time Live … MTV, BET, to Def Jam. I just wanted to network. I would always have an internship every semester.â€

The Risky Leap: Interning “everywhereâ€ finally paid off. In 2005, he was hired as a production assistant for BET Style hosted by Big Tigger and Melyssa Ford. He worked on the show for a year and eventually decided to drop out of college. “I was in geography class bored, and I was sitting there, [thinking] ‘I have a job at BET and everybody around me is dying to get a job out of college. I already have that. My career is booming and I need to strike while the iron is hot!’ ” After making the decision, Carlos gave his full energy to BET, working on the networks’ shows and specials. He got the opportunity to participate in many of the network’s flagship programs, from 106 & Park to Spring Bling. In fact, he says he was even part of selecting former hosts Terrance J and Rocsi Diaz.

Defining Moments: King’s mentor, Joyce Chen, approached him with a job offer to work on a brand new reality TV project, The Real Housewives of Atlanta. Carlos says “Financially, it made no sense for me to go to Atlanta because I wasn’t being put up in housing; I wasn’t going to make any money, but I realized the bigger picture.â€

King moved to Atlanta for four months to work on the show as an associate producer.Â  “When I went to Atlanta in 2008, I immediately knew that this show was going to be a big hit. It was instant! I knew that it was the best decision I had ever made in my career.â€ The Atlanta installment went on to be Bravo’s most successful. “After I did season 1 of Atlanta, I went back to New York and got a call to do The Real Housewives of New Jersey. The producers knew I was already familiar with the Housewives format. I did Jersey Housewives season one, and then that rolled back over into doing season two of Atlanta, and after season two of Atlanta was up, I was asked to do season two of New Jersey.â€

While working on another season for the Housewives franchise, King got a call from a producer, who worked with him on the New Jersey installment. “[He said] ‘I got this project that stars Oprah. Are you interested?’ I replied, ‘Is that a trick question? Oprah Winfrey is like my idol!’ â€ Finally King knew he was meant to be a reality television producer.

The Advice: King urges the importance of securing internships. He says it’s important you do what you have to do to make yourself known and noticed because you can easily be forgotten. Finally, he adds, don’t take anything personal. “This is a mistake most young professionals make. This is the type of job where you have to have thick skin. You get cursed out a lot, because they’re hormonal … NeNe [Leakes] has cursed me out a few times. I’ve been yelled at by everybody, from NeNe to Sheree [Whitfield] to Kim [Zolciak]. I’ve been all types of names, but you know … it’s all in love.â€