Dealing with Religious Discrimination in the Office 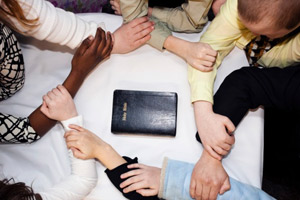 Can we all just get along when it comes to our beliefs? (Source: Thinkstock)

While most faiths cluster by region with one particular religion dominating, America is a country comprised of people from different cultures and belief systems. As a result, there are plenty of occasions where these conflicting views come to a head, even in the workplace. Following the terrorist attack on the Twin Towers in 2001, anti-Muslim sentiments become common amongst many U.S. citizens, inadvertently ostracizing those of the Islamic faith in the process.

Nida Khan, a New York-based journalist of Pakistani descent, experienced blatant bias after 9/11 and constantly found herself defending her Islamic faith. “9/11 happened to be the year I graduated from college, and it became nearly impossible for me to get a job for over a year,â€ says Khan, who was often questioned about her surname by prospective employers. “Muslims in effect suffered from the ‘last one hired, first one fired’ syndrome–if hired at all. Unfortunately, the same biased thought process exists today, especially in the world of media, which is why I decided a long time ago to work for me, myself and I.â€

Prior to pursuing a career as a fulltime freelancer, Khan did find work in the media field, but still found herself faced with ideals that contrasted her own. This was particularly apparent during Christian holidays like Christmas and Easter, where religious artifacts and merchandising are virtually unavoidable. “I don’t necessarily have a problem participating, for they’re just different forms of belief and different paths to the same end, but the problem is that there are still no recognized Muslim beliefs–there’s no ‘Eid Day’ for offices to be closed,â€ says Khan. “If we’re a society of inclusion, then all holidays should be recognized and celebrated.â€

Actually, some companies don’t recognize any religious holiday specifically for fear of ostracizing those outside the particular faith. According to a New York-based Director of Human Resources with 17 years experience that wished to remain anonymous, her company is very particular about referring to its annual gathering as a holiday party as opposed to a Christmas party. They also offer “floating holidaysâ€ for employees that wish to observe holy days that are not officially recognized by the company, like Good Friday and Rosh Hashanah.

“For the most part, people don’t complain about having off December 25th because it’s a day off,â€ she says. “It’s the days that people have to work and it’s a holy day that they complain most about. But if they have that floating holiday, they’re free to use that day [to take off].â€

Julie Als, a 15-year human resources veteran currently employed in Public Sector Administration, has taken a similar approach to handling the observance of religious holidays with positive results. However, she has come across instances where one employee’s beliefs did impede the work of others. When staff complained about the smell of smoke when a co-worker burned incense during midday prayers, Als took a diplomatic approach to solving the issue.

“Fortunately, the smoke from the incense was comparable to an individual smoking in the office, which was prohibited not only by the company, but also by the building and city codes in general [for New York],â€ recalls Als, who founded the Jewels Charm Schools mentoring program. “After reviewing the building policy with the employee, it was clear to the employee that he was not being isolated, and that the issue of smoke was beyond even his employer’s hands. This was an easy fix, and he didn’t feel discriminated against.â€

Other fixes are not as easy, like when dealing with someone who follows no form of organized religion. Sgt. Marcrooseler Sylla has served in the U.S. Army for four tours of duty and describes himself as a “natural born atheist.â€ While the career military man remains respectful of his fellow soldiers’ right to practice their beliefs, the same courtesy has not always been extended in return.

In one instance a high-ranking female officer ordered Sylla to sit in her office so she could tell him about Jesus. Faced with having his Constitutional rights violated, he threaten to go to the Inspector General to bring her up on charges before being allowed to be excused. “In the workplace you’re not supposed to be talking religion or sexual context or anything else but she insisted that she had to say something because she found out that somebody doesn’t believe as she does,â€ says Sylla, who was often turned away from counseling sessions because the base chaplains could not speak to him spiritually. “The thing is, they try to preach to you [because you’re atheist] but they won’t do it to the Muslims or anybody else.â€

Als, who has also worked with an atheist, feels that those who don’t follow an organized religion or lack a belief in a higher power are likely to face the most discrimination. “Unfortunately, I do believe that atheism would be held against someone in the workplace, and not just environments with strong religious presence,â€ she says. “Many societies and the foundations they were built on, as well as the laws created, have many religious innuendoes. Many individuals take great offense in an individual who may not believe in God. Nevertheless, an atheist would have the same rights to pursue discriminatory complaints as any other individual and the same protocol would apply.â€

In fact, most companies have strict policies against discriminatory acts, but the enforcement and disciplinary actions for violating them depends on the size and culture of the organization. According to Als, larger companies are generally quick to neutralize any problems for fear of bad press and lengthy litigation, while small businesses tend to try to mediate issues between both parties.

“Common practice for companies, large or small, is to investigate all allegations, and to encourage staff members of maintaining a comfortable work environment for all employees,â€ says Als. “In addition, imposing disciplinary actions on those in extreme case of severe violation. Mandatory discrimination training for employees is another way of resolving those less than extreme cases, but as a manager you’re ultimately held accountable for any conduct among your staff.â€

Be sure to check out these other related articles… 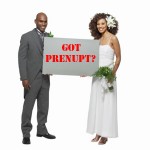 Love & Money: How to Bring up a Prenup 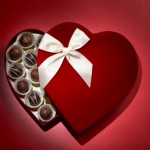