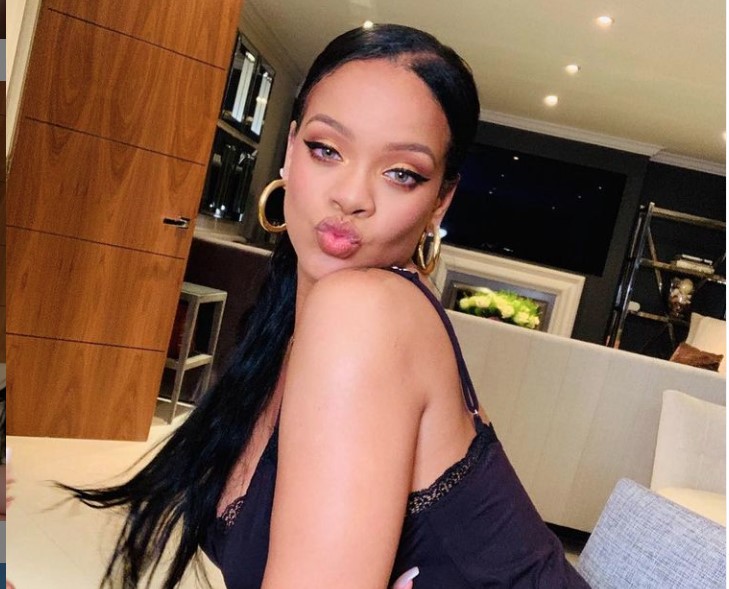 Robyn Rihanna Fenty is a music and fashion powerhouse, and she’s racked up enough receipts to prove it.

In 2019, the Grammy winning “Umbrella” singer was recognized by Forbes as the wealthiest female musician in the world. Rihanna reportedly accumulated a $600 million fortune. Although she’s known for her successful singing career, most of her earnings came from her partnership with French luxury goods company LVMH. They launched the makeup brand Fenty Beauty in 2017, earning $100 million shortly after products hit the market.

Now, the multifaceted entertainer and entrepreneur is expanding her portfolio and conquering the real estate market. Rihanna listed her Beverly Hills mansion for $80,000 per month, according to Realtor.com.

Renters can live life like Riri by enjoying the renovated farmhouse-style compound for $80,000 per month.

The epic mansion spans 7,628 square on half an acre of land. It features five-bedrooms, seven-bathrooms, and a foyer with staircase.

When you step outside, you’ll notice a four-car garage, gated entrance, and a backyard courtyard with a fire pit. Photos also show a swimming pool, covered porch, and a Juliet balcony.

Built in 1938, the sprawling pad is located in the exclusive Beverly Hills Post Office district. The gated community attracts many celebrities and even royalty. It’s reported that her home lies on the same street as Beatles legend Paul McCartney.

A few months after buying her $13.75 million Beverly Hills Mansion, Rihanna purchased the house next door.

According to New York Post, the singer scooped up the house for $10 million in a private sale. It was reported that the home was never on the market. It was last sold to a couple for $5.1 million in 2015, Dirt.com noted.  The gated property comes with four bedrooms, four full baths, and spans over 3,500 square feet.

Rihanna has dominated the music and beauty scene and now she’s using her money to expand her real estate portfolio. Sources report that she owns several luxury properties, including a mansion in Barbados and a $6.8 million villa in the Hollywood Hills.