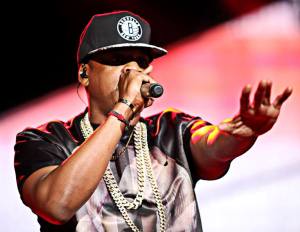 Earlier this month, Shawn “Jay-Zâ€ Carter’s Roc Nation Sports announced that they had signed 17 year old Frances Tiafoe to its ever growing roster. Other athletes signed under the full service sports management company include All Star basketball players Kevin Durant and Skylar Diggins, NFL Pro-Bowl players Ndamukong Suh and Dez Bryant, and MLB All Stars Robinson Cano and Yoenis Cespedes. Needless to say, he’s in some pretty good company. The signing has been a long time coming too, as Darren Sands of Grantland reported on the possibility back in September of last year, detailing the first meeting between Frances and Jay-Z at one of his concerts:

“Tiafoe sat down across from Jay Z, who was dressed for the performance in two gold chains and a Givenchy black-and-white American flag T-shirt. The room fell silent as the musician made his pitch. Jay Z explained what he and Tiafoe had in common: a poverty-stricken upbringing, a compelling personal narrative, and, most of all, prodigious talent. Jay Z encouraged Tiafoe to keep working hard and stay humble. Nervously, and maybe out of necessity, Tiafoe steered the conversation away from his backstory to tennis. According to one person in the room, Jay Z seemed impressed as Tiafoe spoke briefly but with passion about his craft and his goals. Jay Z went on to explain that Roc Nation Sports doesn’t recruit just anyone; Tiafoe was special… Jay Z has long been a tennis fan. He has been to Wimbledon and Roland Garros, and he is said to love everything about Rafael Nadal, who turned pro at 15 and was winning majors by 19… Roc Nation isn’t just pursuing Tiafoe for his talent, though. Tiafoe’s personal charisma and the improbable circumstances of his success make his marketing potential obvious. His potential as a pro player is obvious, too.â€

[Related: Is ‘Empire’s’ Lucious Lyons Based on Jay Z?]

So who exactly is Frances Tiafoe, and why is he being hailed by Sports Illustrated and the Washington Post as America’s next tennis superstar? Â In an interview with the Washington Post last year, Frances Tiafoe speaks in detail about his background; he hails from College Park, Maryland, and is the son of first generation immigrants from Sierra Leone in western Africa. His father, a maintenance man, worked and sometimes lived along with his twin sons at the College Park’s Junior Tennis Champions Center. The JTCC is where a 4 year old Frances, began his training, and at the age of 8 met his first tennis coach and mentor – Misha Kouznetsov.

With an uncanny work ethic and an uncommon level of access to a training facility, Tiafoe managed to become the youngest ever player to win the Orange Bowl International Boys 18’s & Under Tournament – at the tender age of 15. Previous winners of the prestigious tournament include household names and legends like Bjorn Borg, John McEnroe, Ivan Lendl, Jim Courier, Andre Agassi, Roger Federer, and Andy Roddick. The following spring, Tiafoe competed in the prestigious Eastern Bowl and took that tournament as well, before eventually entering the Junior French Open and being bounced in the second round. Now as a recently turned pro, Tiafoe, Jay-Z, and everyone at Roc Nation Sports is hoping he can recapture and exceed that success as a full-fledged professional.

Currently, Frances Tiafoe is currently ranked No. 519 in the world by the ATP, after he peaked as the world’s No. 2 junior player.