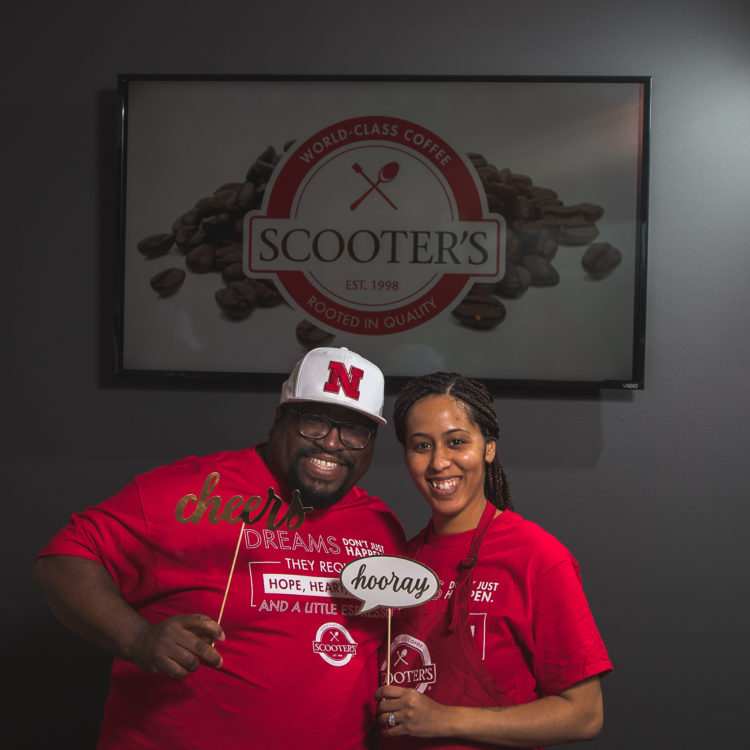 Julian Young never thought he would own a coffee shop – it never even crossed his mind. But a single phone call changed all that. Young and his wife Brittany are now the first African American franchise owners of the Scooter’s Coffee franchise.

In 2013, he launched The Start Center for Entrepreneurship, a community nonprofit designed to train and help North Omaha residents become entrepreneurs. Young was intimately familiar with the poor economic conditions of his community and believed he could be instrumental in changing that.

Through the process of running the nonprofit, he saw how challenging it was for aspiring business owners to start businesses in underserved communities and when they did, the learning curve was incredibly steep.

“I knew that following a proven model would be a way to cut down on the learning curve, so franchising came to mind,” he shared. In late 2014, he reached out to Don Eckles, CEO and co-founder of the Scooter’s Coffee franchise, to explore an opportunity to partner with The Start Center.

The two immediately hit it off and began discussing ideas on ways to improve the community through business ownership. As their relationship developed, Eckles became more and more impressed with the Youngs; he wanted to help them move the economic needle in their personal lives by economically benefiting from ownership. “It was a paradigm shift from teaching to doing,” said Young.

Not Just A Coffee Shop

Scooter’s Coffee already had locations in Omaha, Nebraska, and throughout the Midwest with focus on drive-thru. “I was looking to do something much bigger – something for our community that spanned beyond coffee,” said Young. He had his eye on converting an old bank that would not only be a great location for Scooter’s, but had space where people could meet, plan, and work–a true community coffee house.

In March of 2018, the new Scooter’s Coffee opened on Ames Avenue in North Omaha. The Youngs’ goal was to learn everything they could about the business without being overwhelmed by the immediate financial pressures that come with a new business.

In July, the transition from corporate-owned to franchise began, and by the end of September, they were franchise owners – employing 15 people in the community.

In addition to providing jobs, the store is fulfilling the promise Young set out to do – bringing the community together. His Scooter’s Coffee has been a catalyst for community events, community meetings, and meetings such as “Coffee with a Cop.” 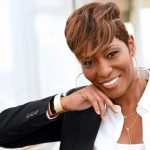 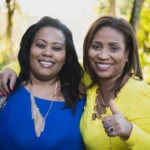