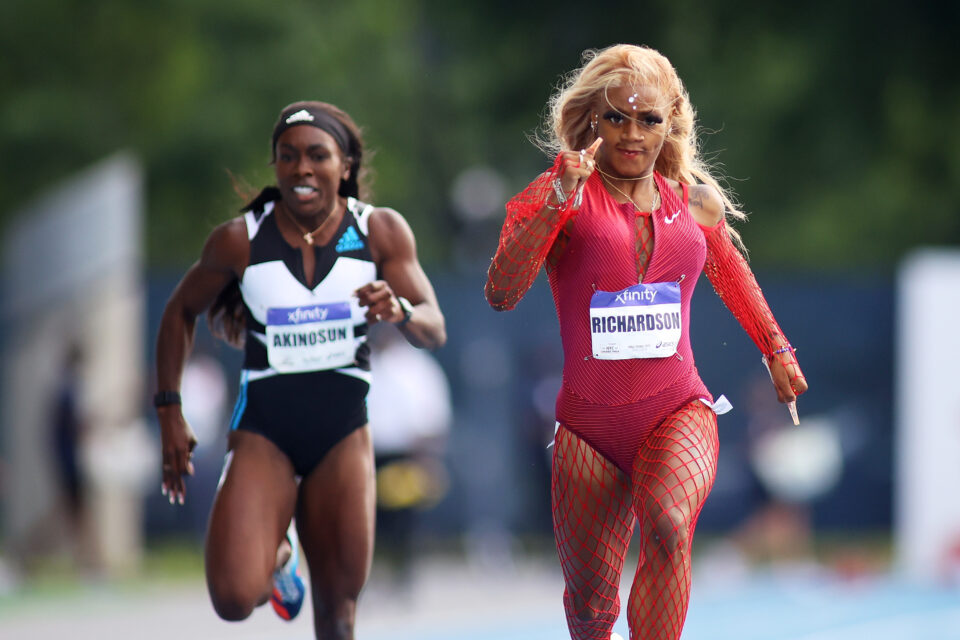 According to Sports Max, the 22-year-old Richardson ran a blazing 11.29 seconds, just a whopping one-hundredth of a second faster than Jamaica’s Thompson-Herah time of 11.30. Though the track was wet, -2.0 second headwinds still couldn’t stop these two.

Richardson’s victory marks her first race since June’s USA Championships in Eugene, where she failed to qualify for the World Athletics Championships in both the 100m and 200m. BLACK ENTERPRISE previously reported on the Texas native’s reaction towards the track loss.

“Y’all should understand whether they’re coming from winning, whether they’re losing, whatever the case may be, Richardson said to the press. “Athletes deserve way more respect than when y’all just come and throw cameras into their faces.”

She continued: “Understand how an athlete operates, and then ask your questions. Then be more understanding of the fact that they are still human, no matter just to the fact that y’all are just trying to put something out in an article to make a dollar. Thank you.”

Richardson is no stranger to setbacks. She faced public scrutiny last July when she was suspended from Team USA after testing positive for THC, which resulted in her missing the Tokyo Olympics. In an interview with NBC, the then 21-year-old Olympian said that her biological mother had passed away a week before the Olympic trials began. With this on her heart, Richardson is running onward with resilience.

On Friday, Richardson will race in the 100 meters at the Memorial Van Damme Diamond League meeting in Brussels, where she will face world champion Shelly-Ann Fraser-Pryce and 200m world gold medal winner Shericka Jackson.