Diversifying Diplomacy – from Roxbury to the Diplomatic Service 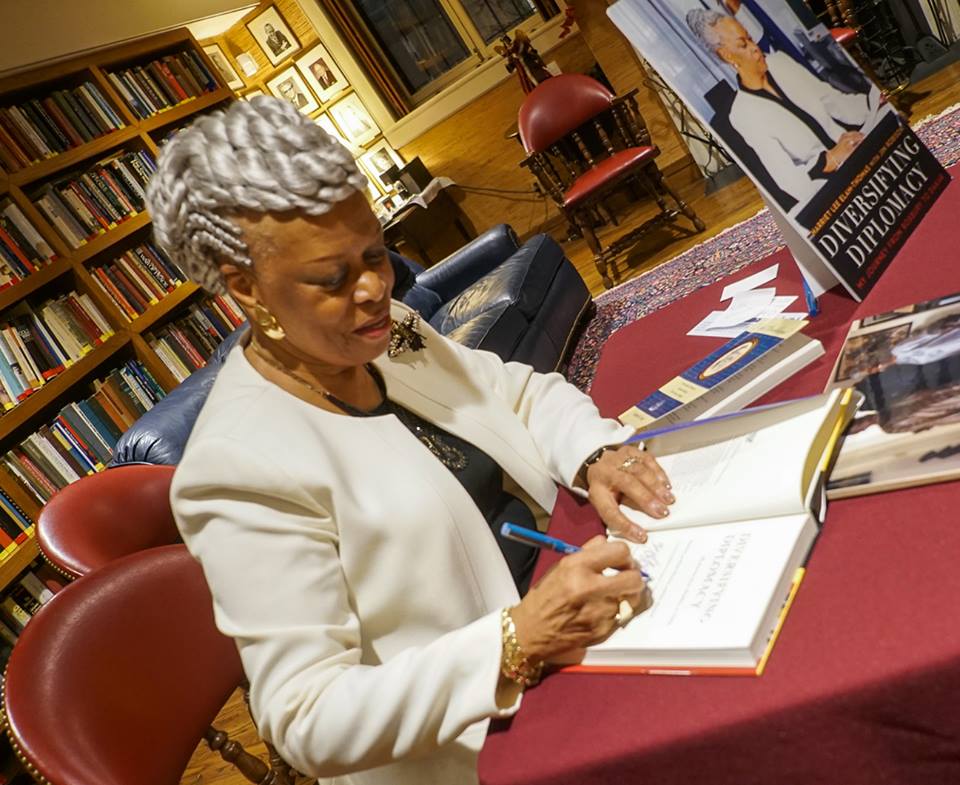 Before she spent 42 years in the Foreign Service, before going to Africa or the Middle East, before learning Greek or Turkish, Ambassador Harriet Elam-Thomas was just Harriet Elam, a student at Simmons College, enjoying being an exchange student walking down the streets of Lyon, France, with a friend.

A man on the street called out, “La jeune noir, comme elle est belle!” Translation: “The young black one, how pretty she is!”

No one had ever said that to her before. Elam had grown up in the Roxbury section of Boston.

“I overcame my sense of not having value when that comment was made,” Ambassador Elam-Thomas told me.

That singular moment may have been the beginnings of Elam-Thomas’s career in the diplomatic service. In 2005, she retired after serving her country in Senegal, Mali, Cote d’Ivoire, Greece, Turkey, Cyprus, France, Belgium, and back to Senegal as an ambassador 28 years after first arriving there.

Now at the University of Central Florida, Elam-Thomas started off as a diplomat in residence.

“This state university is truly diverse, and students here don’t have much knowledge of what a career in the Foreign Service is all about,” the Ambassador says.

“Diplomats in residence are usually hosted at non-Ivy League schools because Ivy League students tend to be knowledgeable about diplomats and the Foreign Service.”

At UCF she taught a course in diplomacy, but that soon developed into something larger.

“It was originally a certificate-level course, but now it is a minor. The major is international relations.”

When Elam-Thomas taught the Honors College course she required students to do presentations on countries whose names the students have “probably never heard of, furthermore can pronounce.”

“There are many courses in international relations, but few teach what it’s like to be in an embassy, never mind run an embassy, deal with crises, deal with America being a threat, deal with what happened after Sept. 11.”

She’s had five students of color take the course since she’s been there.

A World Beyond the U.S.

Elam-Thomas, who learned to speak Greek at the age of 42 and Turkish at 47, has written a well-received memoir, Diversifying Diplomacy, My Journey from Roxbury to Dakar.

“I wrote the book to encourage young people to look at a world beyond the confines of the U.S.,” she says. “Most people in the world are not as materialistic as we are. They value their elders—they don’t put them in homes. They have traditions that we could learn so much from that would make us a far more stable country.”

Elam-Thomas says Americans of color bring a unique perspective to diplomacy that contributes to bridge building with other cultures, particularly in light of the fact that two-thirds of the world is made up of people of color.

Her experience in Turkey illustrates that.

“The Turks said to me they were never really accepted as a possibility to be members of the European Union because they were Muslim and Turkish.” They may have connected with Elam-Thomas’s “outsider” status as an African American.

For more about Elam Thomas’s extraordinary career in the diplomatic service, see her book, Diversifying Diplomacy.