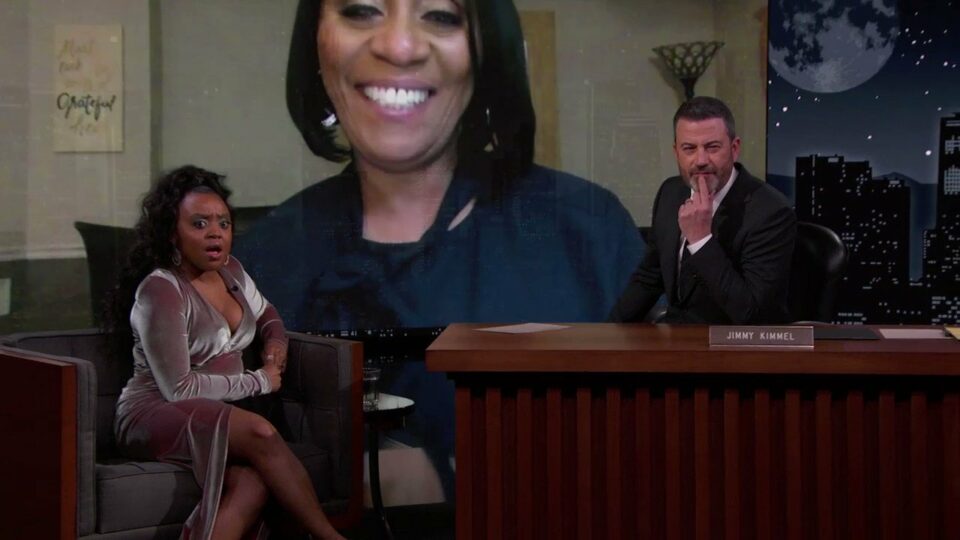 It was a heartfelt scene when Abbott appeared behind Kimmel’s desk on a screen. Brunson screamed in shock at the surprise of seeing her former sixth-grade teacher. She started to cry while Abbott waved joyously.

“Oh my gosh, I’m so proud of you,” Abbott told teary-eyed Brunson.

Abbott said she initially heard the confirmation that her former student chose to name the series after her while watching 6ABC. She expressed what an honor it was and recalled what it was like to have Brunson as a student.

“Quinta was an awesome student,” Abbott said. “When she came into my class, she was really shy, timid. She grew out of her shell. She was really our class spokesperson.”

After nearly 30 years of teaching, Abbott expects to retire at the end of this school year. The late-night show surprised her with a free, five-day vacation to send her off with a sweet retirement.

The West Philadelphia comedian sat down with Good Morning America to discuss the initial idea and where she got the name for her sitcom. Brunson told the news outlet that the decision to name the show after Abbott resulted from legal issues. She initially wanted to name it after her own elementary school – Mastery Charter Harrity Elementary in Southwest Philly—but chose to name it after one of her favorite teachers.

BLACK ENTERPRISE previously reported on Abbott Elementary becoming ABC’s first comedy premiere to quadruple ratings since its original airing. The Philadelphia Council praised the comedy for encapsulating “Philadelphia spirit” and showcasing “the heart and grit of our city.” The resolution was introduced earlier this month by Councilmember Helen Gym.

Watch the full video below: