Simone Biles Makes History as the Most Decorated female Gymnast, Has Signature Moves Named After Her 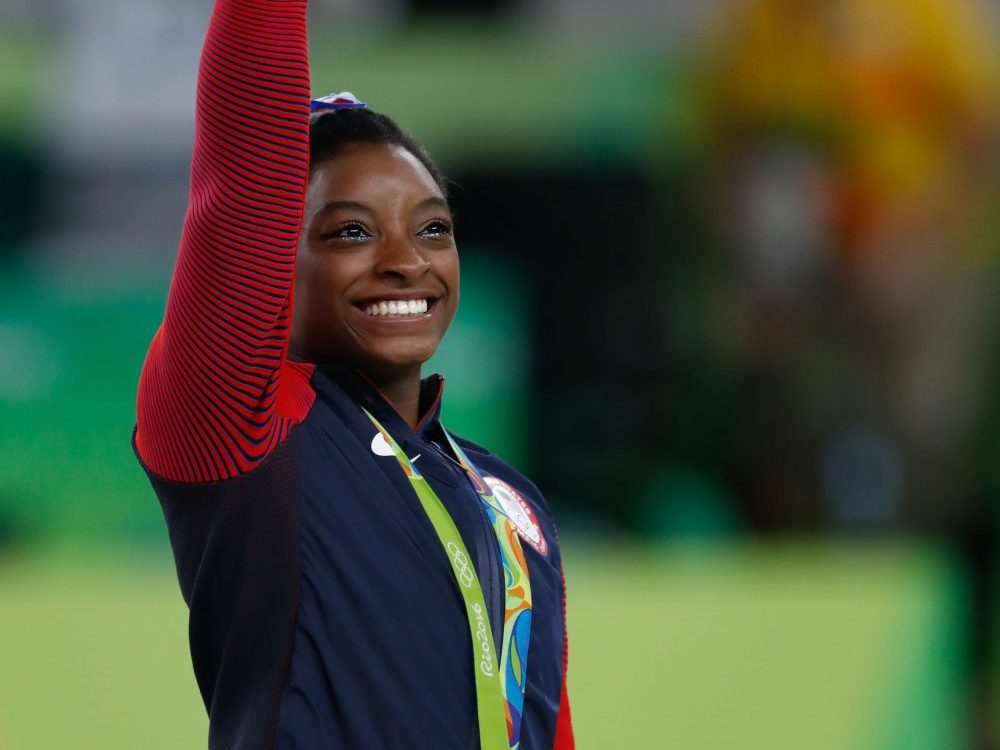 Simone Biles has made history as the most decorated female gymnast in the sport. After winning her 21st World Championship medal in Stuttgart, Germany, on Tuesday, she now holds the record for earning the most world championship medals for a woman. That title was previously held by retired gymnast Svetlana Khorkina, who has 20 world championships medals, reports NBC Sports. As a result, the 22-year-old Olympic gymnast is only two wins shy of beating the overall record for a man or woman, which is currently held by Belarusian Vitaly Scherbo, who has 23 World medals.

The news comes just days after Biles performed two risky moves on Saturday that will be named after her. Biles, who’s considered the best gymnast ever, was competing in the World Championships when she landed a triple-double during her floor exercise routine and then nailed a double-double dismount on the balance beam. According to The Guardian, the triple-double (a triple-twisting double backflip)  is now officially named the “Biles II,” while the double-double tuck (two flips and two twists) dismount off the beam will be called the “Biles.”

Biles also made history at the last World Championships when she became the first female gymnast to win four World all-around titles.

“I still feel like I can do better,” said Biles, who tallied 59.432 points on Saturday. “My goal going into tonight was to not be great,” she says in a statement released by USA Gymnastics. “It wasn’t to do great, it was to do well, and I feel like I accomplished that.”

It also seems that being this good comes with scrutiny. According to USA Today, Biles is being penalized for being too good. The Women’s Technical Committee (WTC) released a statement Friday explaining its reasoning: “In assigning values to the new elements, the WTC takes into consideration many different aspects; the risk, the safety of the gymnasts and the technical direction of the discipline,” it said. “There is added risk in landing of double saltos for beam dismounts (with/without twists), including a potential landing on the neck.

“Reinforcing, there are many examples … where decisions have been made to protect the gymnasts and preserve the direction of the discipline.”