Skillman Foundation Appoints BE 100s Leaders to its Trustee Board 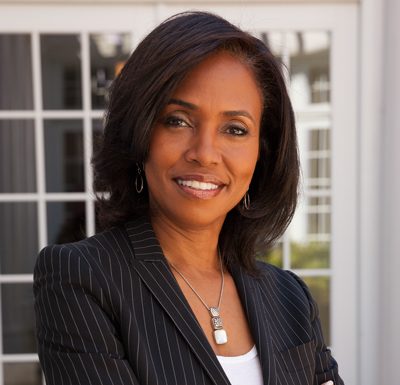 The Skillman Foundation recently announced the appointment of two BE 100s leaders to its board of trustees: Ronald Hall and Suzanne Shank.

“Both individuals have displayed a deep commitment to Detroit and bring valuable experience from their service on other local and national boards in addition to a keen interest in improving the lives of children in the city,” Board Chair Jerry Norcia is quoted as saying in a statement about the two new appointments.

Founded in 1960, the Skillman Foundation works to improve the lives of the Motor City’s children. According to its website, it invests $15 million to $17 million a year to help children in Detroit—60% of whom grow up in poverty—prepare to succeed in college and in life.

Ronald Hall is president and CEO of Bridgewater Interiors L.L.C., No. 3 on the Top 100s, a ranking of the nation’s largest black-owned businesses.

“I couldn’t be more pleased to be joining the Skillman Foundation board,” Hall told me in an e-mail. “As a native Detroiter, I am inspired by the organization’s efforts to support and develop Detroit youth. The Foundation is well-known for ‘punching above its weight’ in positively impacting the community, and I hope to meaningfully assist its efforts. That I’m joining the board alongside Suzanne Shank is an additional privilege, as we have worked together previously, and I know her to be a gifted and visionary leader. I look forward to working with her once again at the Foundation.”

Shank, a founding partner of Siebert Cisneros Shank & Co. L.L.C., is also a BE 100s leader whose financial services company is ranked on our Investment Banks list for Taxable Securities (at No. 4) and Tax-Exempt Securities (at No. 1). During her tenure, Siebert Cisneros Shank has completed “more than $1.4 trillion in financings for municipal issuers, and $1 trillion in corporate bond and equity transactions,” according to Skillman.

“It’s an exciting time to serve on the Board of the Skillman Foundation,” Shank told me by way of e-mail. “The city of Detroit is going through a renewal of sorts with the rejuvenation of the city’s downtown and expanding efforts to improve neighborhoods. That revitalization will not be sustainable without the advancement of the city’s youth. The Skillman Foundation is committed to this cause and serves a leadership role in the efforts to ensure that Detroit’s youth are not left behind.

“In all my interactions with youth in Detroit, I’ve been incredibly impressed with the aptitude and enthusiasm our youth have for learning and achieving success. What our youth are lacking is support and exposure—they are functioning oftentimes with few resources and a lack of stability in their home lives, factors which could easily derail anyone’s hopes and dreams. I hope my involvement on the Skillman board will allow me to contribute positively to the numerous initiatives of the Skillman Foundation in providing those resources and support.”

For more about the Skillman Foundation, visit its website.