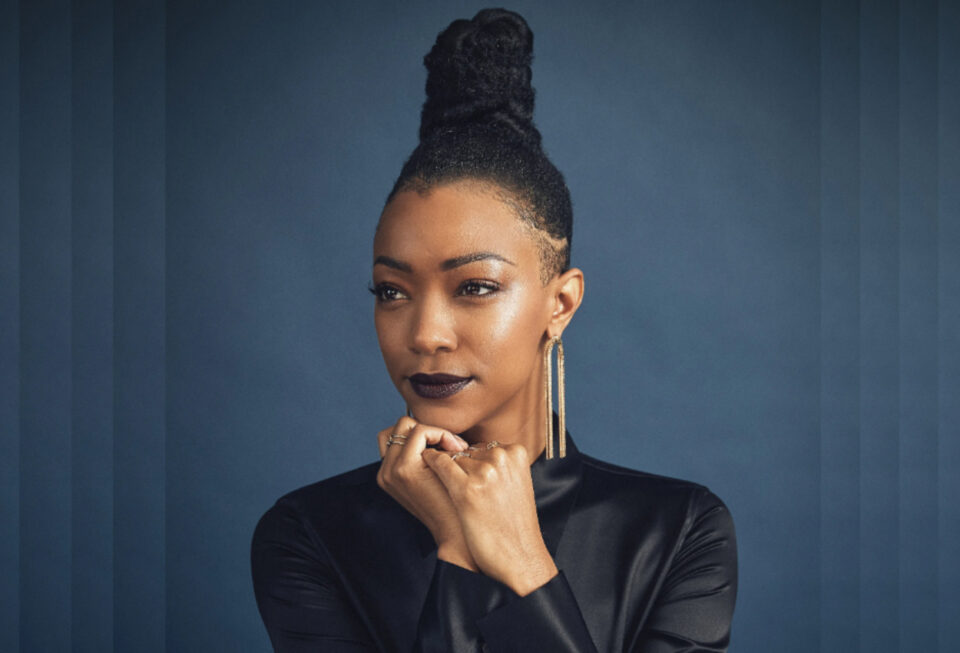 No one expected our interview with actress Sonequa Martin-Green, the first Black woman captain in Star Trek history, to take place one day after the death of the series’ iconic trailblazer, Nichelle Nichols.

But Nichols made this interview possible.

Martin-Green is a huge part of Frito-Lay’s Back-to-School Blast Off campaign. The program includes a partnership with STEM Next’s Million Girls Moonshot aimed at connecting girls with access, exposure and experiences that help inspire a pipeline of future women space explorers.

As part of the campaign, Frito-Lay will also donate $100,000 to further the program’s mission with the goal to inspire 1 million more girls in STEM by 2025 and send MGM’s first Flight Crew to Space Camp.

“I jumped at the opportunity, because this is huge,” Martin-Green tells BLACK ENTERPRISE.

But it couldn’t happen without Nichols. Martin-Green fought back tears sharing what it means to carry the torch her predecessor lit decades ago as Nyota Uhura in Star Trek and its film sequels.

“With the recent passing of the late, great, beloved, [Nichols] she has made things like this possible,” Martin-Green says.

“It all started with her way back in the day when she saw a problem in NASA and decided to help be the solution.”

“And everything was integrated, majorly because of her work” she adds.

“So now, here we are, all these years later, in 2022, you know, being able to give this kind of experience to these girls.”

When Nichols was cast on the show in 1966, she became the first Black woman to have a continuing co-starring role on television that didn’t promote the stereotypical images of Black people that then dominated mainstream media.

After the show ended, Nichols teamed up with NASA to advocate for diversity in the aeronautics field. NASA Administrator Bill Nelson praised Nichols for being “a trailblazing actress, advocate, and dear friend to NASA.”

Martin-Green is all about empowering the next generation of women trailblazers and offered some advice.

“The thing is not being afraid to dream big,” she said.

“So if they’re already there, then I would say to just keep going and not stop.”

Families looking to take part in the Back-to-School Blast Off campaign can visit FritoLayVarietyPacks.com/BlastOff for STEM activities created by NASA Scientists that kids and families can do with everyday household items.