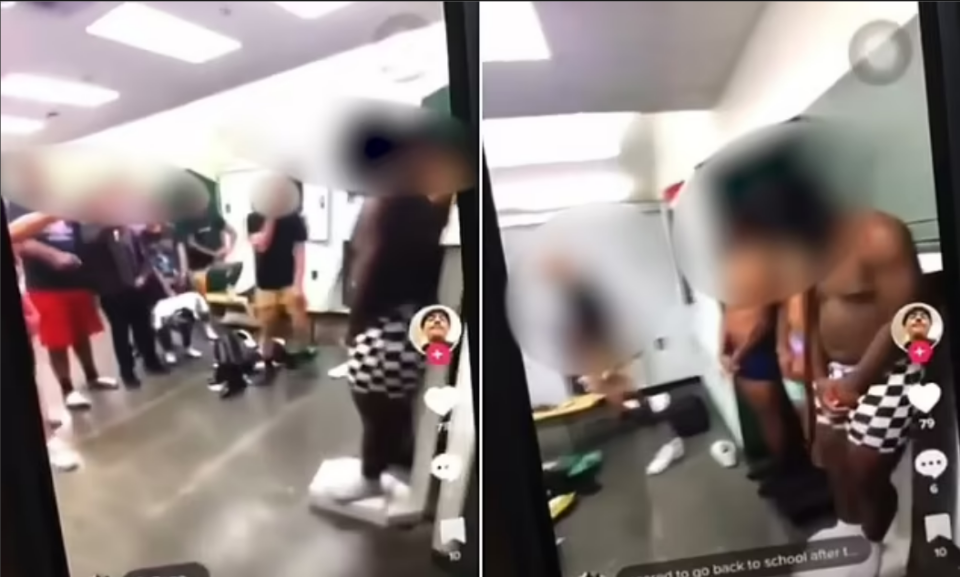 Players on River Valley High School’s football team in Yuma City, California, are reaping the consequences after a video circulated on social media of some members appearing to “auction” off Black teammates.

The act has led the team to forfeit the rest of the season.

KCRA 3 reported that school district officials investigated the video Thursday. It reportedly shows 12 students shouting out dollar amounts while pointing in the direction of what appeared to be three Black students standing against a wall in their underwear.

“The recording clearly demonstrates that this situation was orchestrated and organized, which underscores my concern that students spent time contemplating this terrible act without the slightest regard that this action is hateful and hurtful,” Yuba City Unified School District Superintendent Doreen Osumi said in a statement to the news outlet.

“They may argue that it was a joke, and they intended no harm, but the fact is that this is not only harmful, it is disgraceful.”

According to CNN, Osumi said the students who were involved in the incident, which she describes as an “unfortunate and extremely distressing,” were prohibited from competing on the team for the remainder of the football season. The action was a violation of the student-athlete code of conduct.

The misconduct from the involved players resulted in there being a shortage of eligible players on the varsity roster, causing the team to forfeit the rest of the season.

“Re-enacting a slave sale as a prank tells us that we have a great deal of work to do with our students so they can distinguish between intent and impact,” the superintendent wrote in a statement.

“They may have thought this skit was funny, but it is not; it is unacceptable and requires us to look honestly and deeply at issues of systemic racism,” Osumi noted.

A spokesperson from The California Interscholastic Federation, the governing body for high school sports, told KCRA it supported the final decision made by the River Valley administrators and the district in response to the students’ acts.

“Discrimination in any form or any acts that are disrespectful or demeaning are unacceptable and are not consistent with the principles of the CIF,” a spokesperson said.

Osumi said that possible disciplinary action may be taken against some of the involved students and the school is working on implementing “education, honest, open discussions, and instruction” surrounding racism.