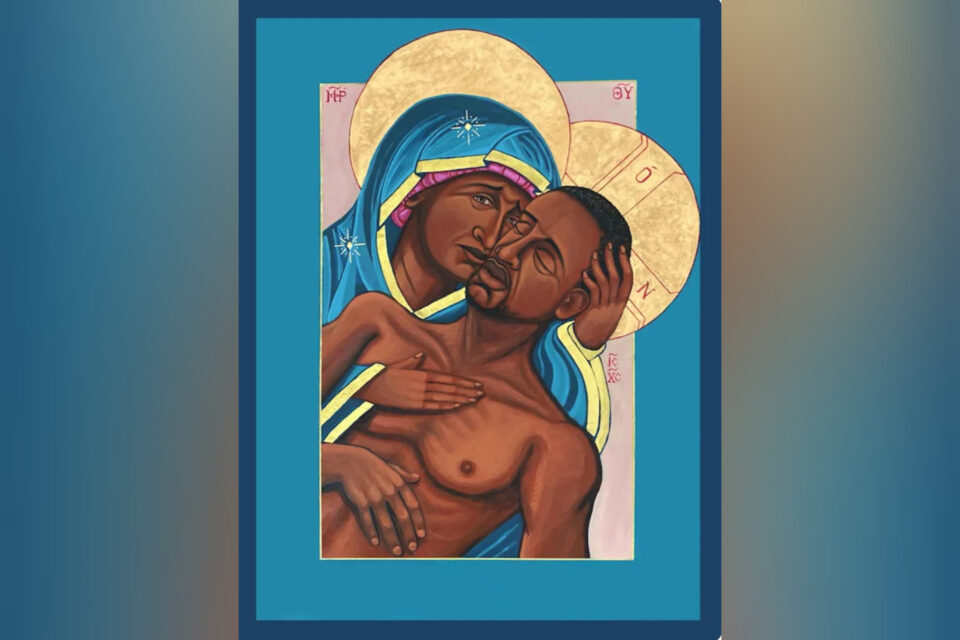 Students at the Catholic University of America in Washington, D.C. are demanding that a mural on campus, which depicted George Floyd as Jesus not be replaced now that it has been stolen for a second time.

The students’ objection comes months after a copy of the painting by artist Kelly Latimore was unveiled on campus back in February. According to Yahoo!, the artist said he received a request from someone at the university to reprint the painting for their chapel.

Students didn’t voice any concerns about the painting until November, prompted by an article on conservative website The Daily Signal.

The article talked about Latimore’s painting in the context of the university’s recently published report on diversity and inclusion. Students responded by starting a petition to have the painting removed.

Days later, the painting was stolen.

The university replaced the work with a smaller copy, with university president John H. Garvey citing the school’s policy “not to cancel speakers or prevent speech by members of the community.”

However, the second copy has also been stolen. And now, the school’s student government has passed a resolution banning any further displays of the work, which they called “blasphemous, offensive and at the very least confusing.”

The students have asked that the painting be replaced with something that would “bring forth representation of the African American community in a nonpolitical and uncontroversial way.”

While he originally defended the painting, Garvey has sense issued an apology.

“Many saw the figure in the arms of Our Lady as a divinized George Floyd,” he said in a statement. “This interpretation led to accusations that the work was blasphemous, something that is contrary to the respect due God and his holy name. Regardless of your interpretation, it created needless controversy and confusion, for which I am sorry.”