Success Beyond Bars: Marcus Bullock Connects Inmates To Outside World With Flikshop, His 'Instagram For The Incarcerated' 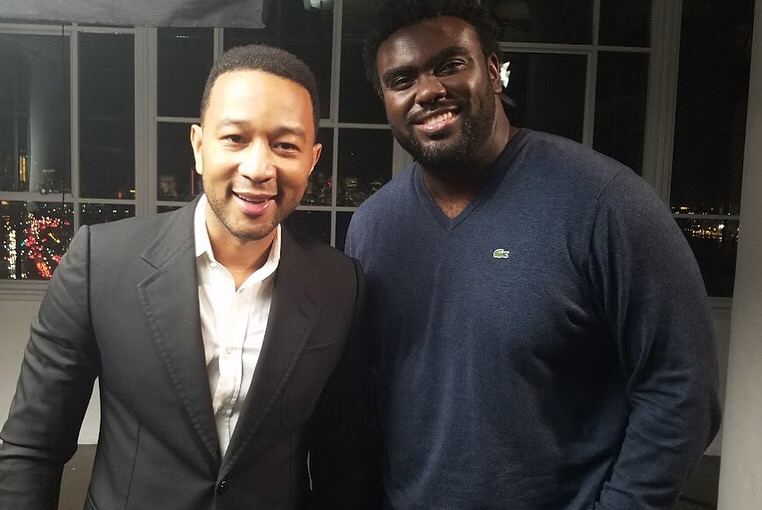 Marcus Bullock seeks to help those locked behind bars stay connected with the outside world. To achieve that end, the innovative entrepreneur created Flikshop, a mobile app that provides inmates with the ability to receive mail every single day from their loved ones and by doing so, makes it easier for them to re-enter society upon release. Bullock calls his platform the “Instagram for the incarcerated,” allowing individuals to send messages printed out as picture postcards and mailed to inmates at roughly 2,200 prisons and jails nationwide. Today, his enterprise continues to grow in impact, grabbing the attention and financing of celebrity investors such as former NBA star Baron Davis and Grammy Award-winning artist and prison reform advocate John Legend.

Bullock, 37, developed the concept based on his own experience. Sentenced to eight years in prison at age 15 after a 1996 carjacking, he endured prison life with fortitude and hope—byproducts of his mother’s unyielding commitment to remain in constant contact. “My mom would send me the funniest pictures in hindsight. She would send me a photo of a cheeseburger or a mattress at a department store, with a promise that read, ‘Hey Marcus, one day you’re going to enjoy this fat, juicy burger,’ or ‘You’ll sleep in a comfortable bed one day.’ It allowed me to be able to see what the future of my life could look like,” he says. “While the country has been big around creating moments that we can share on our social networks, we’re forgetting about a huge prison population of millions who would never be able to make that connection. We made a way for that to happen. It was great to be able to know that we were building the technology that allows people to share moments.”

After being released in 2004, Bullock, who earned his GED and took business and computer courses in prison, was determined to rebuild his life. Even before designing Flikshop, he embraced entrepreneurship by operating his own building remodeling company that employed the formerly incarcerated.

He was still focused, however, on the development of Flikshop to fill the void for inmates who lived lives of isolation and deprivation behind bars. “In prison, mail call is the best part of the day, every day,” he says. “And actually getting mail is like hitting the lottery.” Bullock wanted to use his vehicle to help them envision life outside of their cells. As such, he says the platform has engaged more than 180,000 users to send over 400,000 postcards to incarcerated friends and family members nationwide.


Last year, Bullock joined the exclusive TechStars accelerator, gaining invaluable guidance and much-need investment as well as won a $50,000 grant from Unlocked Futures, a business accelerator that invests in social entrepreneurs affected by the criminal justice system. Now, he’s expanding into spin-offs like Flikshop Angels, a program that allows people to provide gift cards to help children with incarcerated parents send pictures to their parent, and Flikshop School of Business, which seeks to reduce recidivism by introducing individuals with criminal convictions to entrepreneurial opportunities.

All of these initiatives are Bullock’s way of providing lifelines to the formerly incarcerated. “I offer three things that I believe are the keys to success after prison: identifying a mentor, making sure that you maintain close relationships to the people who care about you most, and lastly, finding someone who is going to be able to push you to be great.”

Marcus Bullock is one of our 2019 profile subjects featured in Success Beyond Bars, the BLACK ENTERPRISE video series sponsored by Koch Industries. In the above video, Bullock shares his personal and professional journey, events that led to his incarceration, and his views on ways to improve the criminal justice system.