SXSW 2012: What Brands Can Learn From Rappers 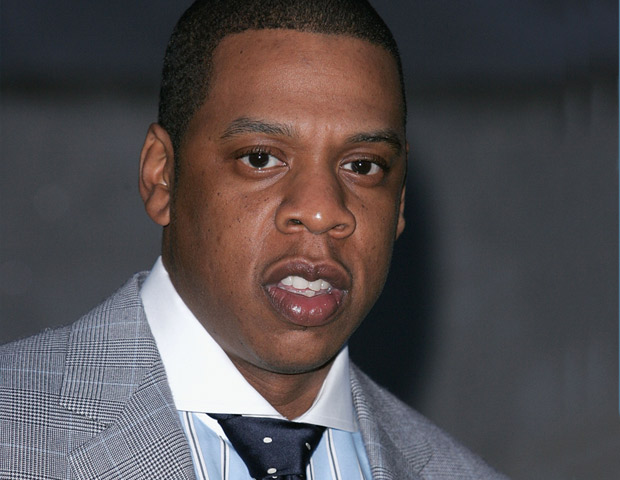 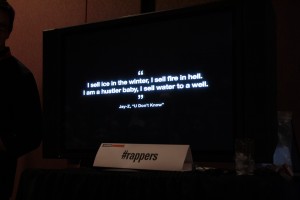 When most people think of the world of hip-hop, they think of larger than life bravado, egregious product placement, and controversial lyrics. However, entertainers in hip-hop have consistently engaged their fans on a grassroots level, building successful business models based on forging an emotional connection with their listeners.

Presenters Bill Paul and John McHale of creative agency SapientNitro break down how rappers have built creative strategies to leverage their brand. From product integration to digital and social media, the hustler culture of hip-hop has transformed rappers into viable self-promoters. So what can Diddy, Jay-Z and Eminem teach you about business?

The “Y Rappers Are Better Than Youâ€ panel held Saturday morning did just that. The venue was packed with advertising and marketing participants in town for 2012 South By Southwest Interactive. The session started off with the famous Jay-Z quote “I sell water to a well,â€ harking on the consistent salesman mentality that many rappers employ. Â And it’s paying off. Â According to Forbes, there will be five rappers in particular that will make a billion dollars in net wealth.

There are several strategies rappers utilize to promote an effective brand image. “Stay Legit,â€ remaining focused on your roots and true to that brand will allow your customers to maintain a continuous connection to your brand. Even successful rappers stay connected to their roots. Artists like Jay-Z have not changed their “hustlerâ€ image even after success and fame hit. He has maintained that consistent persona over his 15-year long career.

Coca-Cola alienated consumers by changing iconic red cans for a special polar bear campaign last winter. The Gap caused an uproar last year when they tried redesigning their logo. Both companies forgot that their customers connect with their brand image and what it represents.

Rappers have also been successful in, as McHale says, “finding a bigger venue.â€ The aspiration of moving out of the ‘hood has led to MCs expanding their brands and leveraging it into mainstream culture. For example, Dr. Dre launching Beats By Dre headphones, or Common and Ice Cube leveraging their music success into film careers, shows what thinking outside of the box can do.

Successful rappers also understand social media’s two-way principle better than most brands. Eminem has 10 million fans on Twitter while the candy M&M has only 10,000 followers.Â  Fans engage with the unfiltered, sometimes controversial tweets by rappers and musicians. Brands were encouraged to learn to be more personable to their social media fans, and not focus on “design by committeeâ€ tweets that sound impersonal and don’t allow fans to connect. In this way your business is advised to behave like a regular person would, focusing on establishing an emotional connection. Most importantly, know your brand like you know yourself.

One of the more interesting topics of the presentation focused on causing controversy to create awareness. Face it: Controversy sells. Rappers know this all too well, from Kanye West‘s interruption of Taylor Swift‘s MTV acceptance speech to pop star MIA flipping the bird of the Super Bowl XLVI. Obviously, these tactics can’t work for your business, but a strategy to take on a bigger opponent could be worthwhile. Paul made the analogy of the Coke-Pepsi rivalry in the 80s to the West Coast versus East Coast rap beef of the 90s. Â In this case, rappers realized that there is nothing wrong with bad PR.

As someone mentioned in the panel, hip-hop was one of the first musical forms to openly embrace capitalism. Hip-hoppers have always cherished and reached out to aspirational brands. Based on the packed house at this SXSW, it seems that the brands are reaching back.