Tapped to Sit on Fed Board, Herman Cain Straddles Fence Between Business Success and Political Controversy 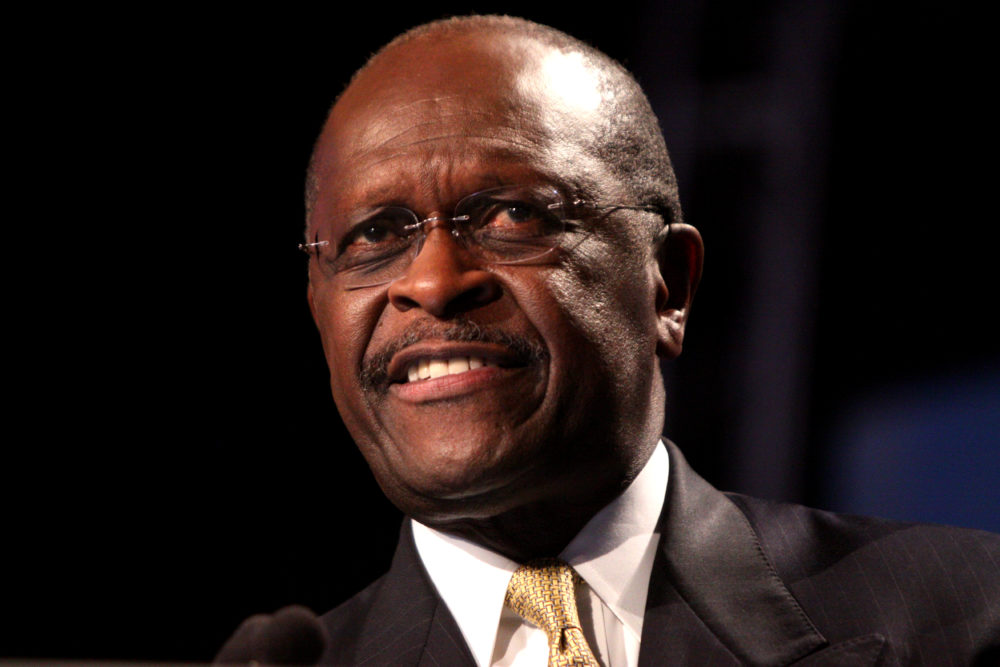 Perhaps no other black business person stirs up more polarizing debate than Herman Cain. The former head of Godfather’s Pizza, stepped into the political limelight in 2011 when he announced his candidacy as the Republican presidential nominee. That effort was thwarted by a series of sexual harassment allegations against Cain. Yet, he has re-emerged on the national stage as a proposed pick by President Trump to sit on the Federal Reserve Board. A success in business, yet, a failure in politics—is now the time for Herman Cain to rise to political prominence?

Cain was named president of the then-failing Godfather’s Pizza chain in 1986. In an article from Black Enterprise in 1988 on Cain: “Fresh from rejuvenating Pillsbury’s Burger King chain in the Philadelphia region, the energetic, enthusiastic new president of Godfather’s went immediately to work closing weak outlets, strengthening the company’s advertising thrust, repairing relations with franchisees and swiftly resolving legal conflicts.”

Without question, Cain has proven he possesses sharp business acumen. Under his leadership, Godfather’s Pizza saw a reversal in sales decline and generated $260 million in sales.

He demonstrated business savvy early on. The Morehouse College graduate served a short period in the Navy and then went on to complete a master’s degree in Computer Science at Purdue University. His first corporate position was as a business analyst at Coca-Cola.

Cain’s business talents came to light during his next gig at Pillsbury where he advanced to vice president status within five years.

Although he quickly ascended the corporate ladder, Cain also had an entrepreneurial spirit. He set his sights on the fast food business—even becoming a member of a Burger King kitchen crew to learn the ins and outs of the hamburger business. Within seven months, he was promoted to regional vice president.

“You’ve got to have a passion for that business, followed by a desire to make it to the top,” he said in an interview with Black Enterprise in 1988. “Then you will do whatever you need to do in order to get there.”

He eventually bought the Godfather’s Pizza chain from its parent company, Pillsbury for an estimated $50 million. The transaction was the first leveraged buyout of a major fast-food company by a black executive in business history.

Cain’s political ambitions were made clear when he ran as a Republican presidential nominee. Plagued by scandal, his campaign fell flat—perhaps one of the rare failures for the businessman.

Now, with the blessings of Donald Trump, it seems that Cain is poised to assume a prominent political and economic position at the Federal Reserve. How likely is his appointment and is he the person for the job?

No, says Catherine Rampell, a columnist for The Washington Post. And it isn’t just about the troubling sexual harassment allegations that took down his presidential run, she says.

“Most people who remember anything about Cain’s brief political career might know him for the “9-9-9” tax rate plan. Unfortunately, neither did that plan have rates that were actually 9 percent nor did it turn out to be particularly strong in its arithmetic,” she continues.

A fellow Republican, Sen. Mitt Romney, also cast doubt about Cain’s fitness for the Fed. “I doubt that will be a nomination. But if it were a nomination, you can bet [what] the interest rates he would be pushing for,” Romney said in an interview.

Some Republicans are more optimistic. Sen. David Perdue, a Georgia Republican, said about Cain; “He’s a business guy. He’s got a great background for it. I know him personally. I think personally he’d be a great addition,” according to Fortune.

Cain’s businesses successes have seemed to elude his success in politics. Is his appointment a serious consideration or another one of the mercurial President’s whims? And if appointed to the Fed, how effective can he be? That all remains to be seen.

Related: THE BLACK CONSERVATIVE WOMAN IN THE RUNNING TO LEAD MICHIGAN’S REPUBLICAN PARTY 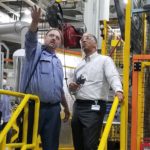