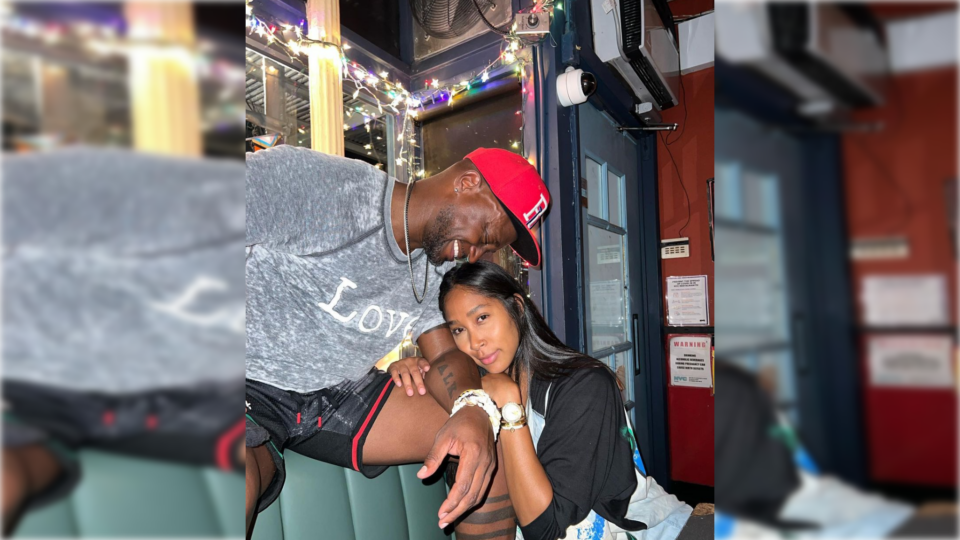 Actor Taye Diggs is happy and in love with Apryl Jones and thinks it’s proof that God exists.

The Best Man star took to Instagram on Friday to give the first official confirmation of his budding romance with Jones.

“As an adult, there are times in life where you can’t believe what you are blessed with,” the actor shared in a video post.

“I feel really lucky to have the career I have, coming from nothing and then getting to be where I am.”

Diggs, 51, listed more life blessings, including his relationship with Jones, 35.

“And then, the fact that this woman is in love with me,” he gushed.

“Like, I don’t [understand], I can’t, there-that’s [sic] how I know, praise you Lord Jesus or Buddha or Universe, ’cause somehow she’s next to me.”

The All American star then turned the camera to Jones and continued praising his leading lady.

Jones responded by flexing for the camera and affectionately touching Diggs’ face.

Diggs ended his message by confirming that God is real, and he blessed him with a thriving career and an amazing woman.

“So, for all you people out there who don’t think there’s God or no higher being or no higher force,” he said.

The happy couple ended the video laughing. The heartwarming video post is Diggs’s first official confirmation of his love for Jones.

Jones is the ex of B2K singer Omarion. The ex-couple share two children and starred alongside each other in Love & Hip Hop Hollywood.

Diggs has a son named Walker Nathaniel Diggs, 12, whom he shares with his ex-wife, actress and singer Idina Menzel. Last month, Diggs sheepishly shut down questions about his ties to Jones during an appearance on Fox 5 News.

“We’re having a lot of fun. These are crazy times, so we’re just trying to have as much fun as we can, and that kind of helps us out. We are always looking at opportunities to laugh at ourselves.”