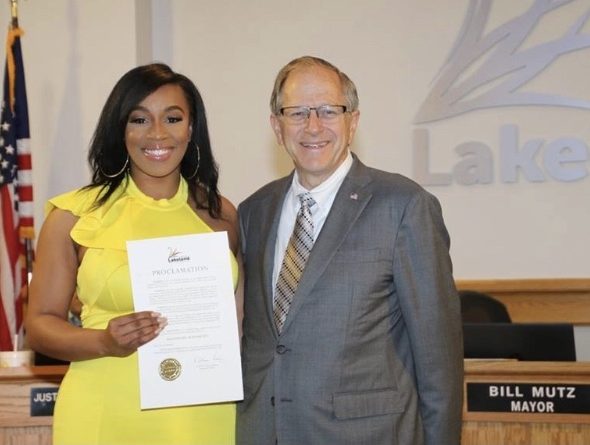 Even though the pregnancy rate for teens of color has dropped drastically over the past two decades, studies show that African Americans and Latinas are still twice as likely than their white counterparts to become teen mothers, while less than 2% of teen moms graduate college by the of age 30. Yet, in spite of this grim reality, Altrichia Cook was not deterred when she unexpectedly got pregnant at 17. Rather than becoming another statistic, the Lakeland, Florida, native was determined to turn an “irresponsible decision” into her driving force for success.

The unplanned pregnancy occurred when Cook was just one month away from graduating high school. Nonetheless, she and her high school sweetheart went on to college. Cook earned an undergraduate degree from Florida State University and a master’s from Florida A&M University, all while working two jobs and raising her son. Her son’s father, meanwhile, pursued a football scholarship in California before later transferring to the University of Arizona.

Today, the couple is engaged and raising their son together while Cook runs her own fashion label. But her journey, as you can imagine, was not easy.

From Trials to Triumph

Cook became inspired to start a luxury swimwear line from her personal desire to feel sexy and beach-ready as a young mother and college student back in 2013. Feeling self-conscious about her post-pregnancy body, she designed a bathing suit that covered her “abdominal imperfections.” She posted a photo of herself wearing a customized, high-waisted bikini on social media and received multiple inquiries about the design. That’s when she had an aha moment and realized that she could turn her passion for fashion into a business.

In 2014, she launched Allusions by A.Lekay Swimwear for other mothers and women with curves. Since then, the hand-crafted line has been featured in Vogue, Marie Claire, People, and Essence. Her custom line even landed on the 2015 cover of Cosmopolitan while being worn by Nicki Minaj. Plus, Cook earned coveted interviews on the nationally syndicated talk show The Real and NBC’s Steve Harvey.

In addition to running her own business, Cook launched a mentorship program in 2014 to empower other teen mothers. Since its conception, the program has partnered with a local teen parent program to host an annual fundraiser every February called The Sweetheart Seminar, which encourages teen moms to further their education and provided one deserving mom with an academic scholarship. The event also provides the young mothers with tools, resources, and support to prevent additional pregnancies.

According to Cook, it’s never too late for “those that dropped the ball to pick it up and keep moving just as I, along with other former teen moms, have done,” she told Black Enterprise.

Through the program, Cook has given teens like Bendria, a single mom who works two jobs while maintaining academic honors at her community college, hope. She graduated last year and aspires to become an attorney, Cook told BE. “When we develop a rapport and close relationship, I see progression. I see a mindset shift. I have seen [their] courage, motivation, and determination.” She adds, “I feel so blessed to use my platform to inspire this community.”

Cook’s efforts have not gone unrecognized. Earlier this year, Lakeland Mayor Bill Mutz proclaimed Feb. 9, 2018, as “Sweetheart Seminar – Altrichia Cook Day” and presented her with a key to the city, one of the most esteemed honors in her home city. 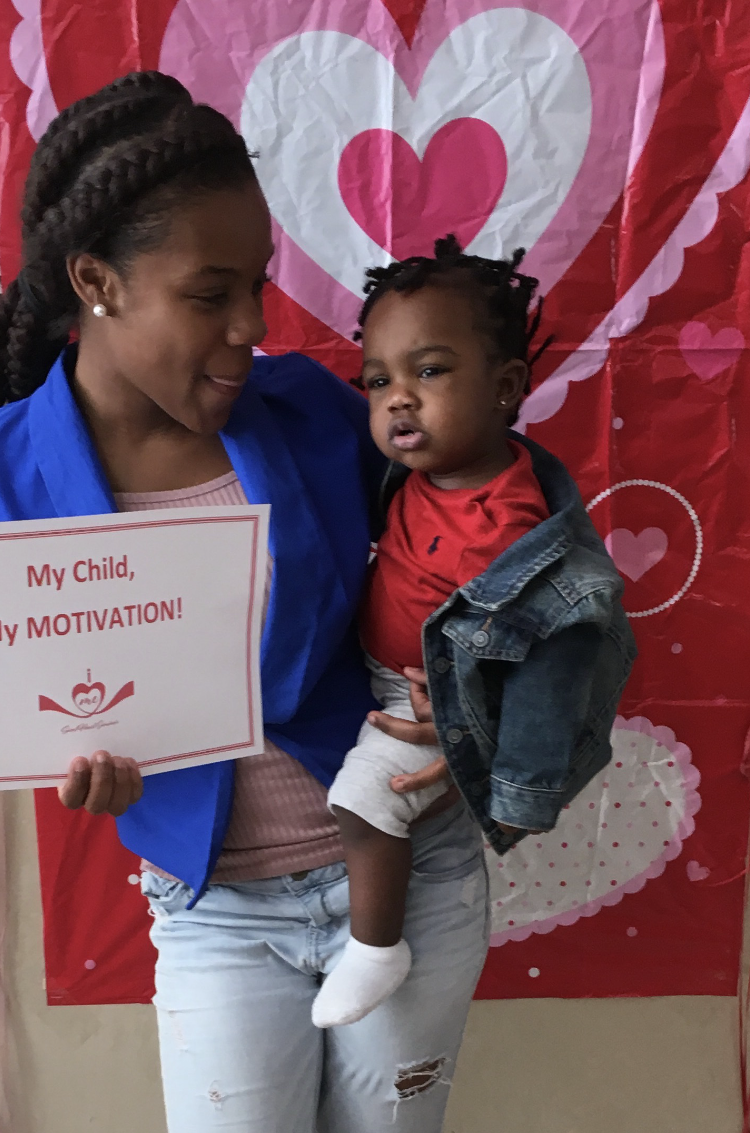 In addition to overcoming the challenges of teenage pregnancy, Cook says being a mompreneur has helped her learned valuable lessons in business. “Translating my resilience, tenacity, and determination from being a teen mom to running a business has fostered [a] go-getter mentality,” she says. For one, it has “taught me the importance of cultivating relationships.”

Another skill that she’s mastered as a mom, student, and all-around #GirlBoss is multitasking.

“As a new mom, college freshmen at Florida State University, pledging AKA, being in student government, working two jobs, all the way to obtaining my masters from Florida A&M University, all [while] simultaneously raising my son, it wasn’t a matter [of] how can I do it, it was always, watch me.”

Although being a teen mom was not planned, it ultimately “molded me into who I am today: a 30-year old entrepreneur, influencer, and mentor,” she says.