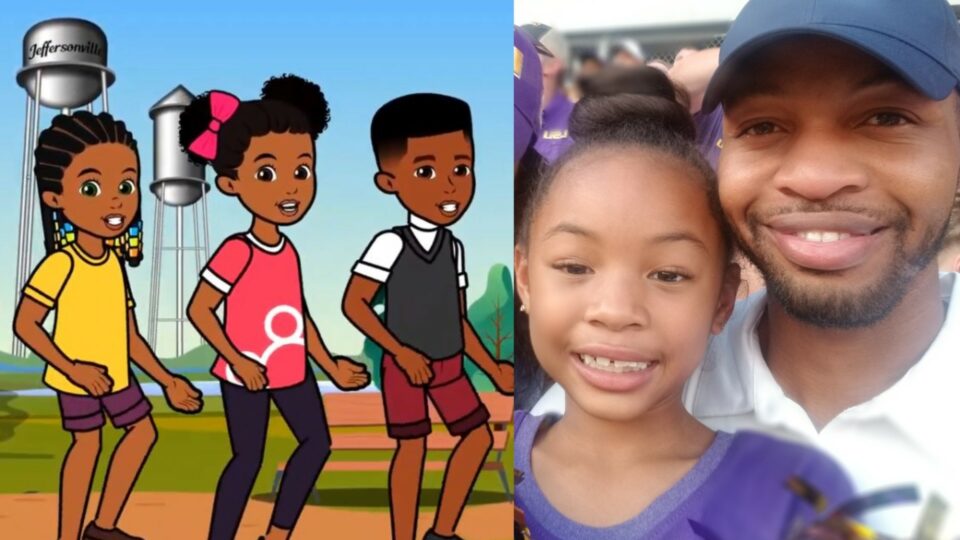 Hey Siri! What were my top artists on Tidal in August? Gracie’s Corner….

Since its inception in 2020, the animated sing-a-long series has gained significant traction for its learning empowerment and catchy songs, with thousands of children and families jamming. Originating on YouTube, Gracie’s Corner has amassed over 800,000 subscribers and more than 100,000 followers across its social media platforms.

Gracie, the adorable adolescent Black girl, is the show’s star. In most episodes, she’s joined by a cast of diverse characters who sing along and dance with her. Education and cultural representation are at the forefront of the series, from loving your hair mantras to reggae and hip-hop-inspired ABC songs and nursery rhymes.

According to Insider, the show’s creators, Javoris Hollingsworth and his wife, Arlene Gordon-Hollingsworth, had the idea to showcase diversity because they saw a lack of it in the shows their daughter, Gracie, was watching, especially during the pandemic.

“It was like, OK, we can either be upset about it or just try to take a proactive approach and just create our own stuff where children of color are brought to the forefront,” said Hollingsworth, a former musician.

The couple applied their backgrounds in music and education and researched creating content for YouTube to bring the vision to life. Their daughter’s voice can be heard as the main character, Gracie, and each song is written and produced by her parents. The Hollingsworths enlist a freelance animator to create the visuals.

To date, Gracie teaches a new lesson and drops a new song weekly in videos typically ranging from 3 to 5 minutes. Data shows that the series had garnered 77 million YouTube views in July, per analytics site Social Blade, which is a dramatic upswing from 7.2 million views in February.

“Honestly, it’s been unreal,” Hollingsworth told Forbes. “As an educator, I was aware of the impact I was having in the classroom setting. But, to see how this content has been able to resonate with people on a global scale, it’s just been crazy.”

Soon, Gracie’s Corner will have more in store for the viewers, including longer-form videos to learn more about Gracie and her family and all the cool adventures she’ll embark on.

“I want the kids to enjoy the songs and have fun while doing it, have a great life, and be successful like me,” said Gracie.

Given the show’s recent success, the Hollingsworth family announced their appearance on the Today Show with news anchor Craig Melvin. Check out the clip here.