The Newtown Massacre: If 20 First Graders Aren't Enough, What Is? 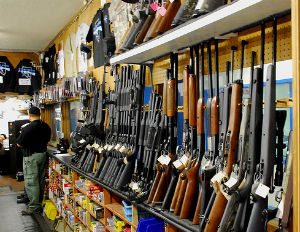 If you live in any community routinely plagued by gun violence, or you watch enough television crime dramas (I’m a recovering Law & Order addict myself), you know what is meant when someone says that a gun was purchased with “a body on it”–meaning that it has been used to murder at least one person prior to being sold.

As a small-town boy growing up on the Jersey Shore in the 1970s, the most violence I ever encountered was the occasional fist-fight. Every once in a while someone might get cut. Gun violence? Again, only on TV. However, despite having no reason, for most of my life, to understand what it means for a gun to have a body on it, I’ve had a clear understanding of the general concept since I was a child not much older than the 20 first graders murdered in Newtown, Conn., on that horrific day of December 14, 2012. As we again ask, after another shockingly merciless gun massacre, what will it take to stem the tide of gun violence, I’m reminded of something I’ve known nearly all of my life: like guns, legislation and other political action often come with bodies on it, too.

This truth became evident to me growing up around the corner from the intersection of Joline Avenue and Seventh Avenue in my home town of Long Branch, N.J. For many years, ordinary stop signs kept sentry at that intersection, supplemented by crossing guards to protect me and my classmates as we walked to Gregory Elementary School, which sat on one corner of that intersection. Unfortunately, Joline Avenue, a residential street, is also a highway, Route 36, before you get into town. Especially during the summer, when out-of-towners come from all over to visit the beaches and boardwalk, the normally quiet street would turn into a crowded speedway, as people read “STOP” as “tap the brake”, if they acknowledged it at all.

It’s quite possible that the memories of my youth have been embellished over time, but it seems like there was a horrible car accident every year at that intersection. After every accident, there would be outcry from the adults in our neighborhood demanding a stop light at that intersection. Every year, the town leaders would consider the idea, wait for both the community outrage and the summer traffic to fade in the fall and winter, and ultimately take no action. Finally, as I recall, there was an accident at that intersection in which a baby was pinned under the dashboard of a car, requiring the first responders to use the jaws of life to free the infant.

Today, there is a stop light at the intersection of Joline and Seventh in Long Branch. Every time I go home, driving down Joline past the elementary school I attended and the block I lived on, I wonder how many bodies are on that stop light, and what were their names. How many men, women and children had to be hurt, maimed or even killed, before somebody said, enough?

By the time I was a preteen, I knew. There are some measures that simply are not taken, some laws that will not pass, until a sufficient number of people have suffered and died for lack of needed action. Today, in the aftermath of another bloody massacre, this time of 20 innocent children and 6 adults who gave their lives to protect them, we again ask: What will it take before we take concrete measures to stem gun violence in America? What will it take to move us to pass laws to prevent the slaughter, the mass murder, of the innocent? How many bodies are enough to restrict the availability of automatic assault weapons, establish and seriously enforce background checks on those who attempt to purchase such weapons, or take other steps to, as the President says, “do better than this?”

Every gun reform measure taken, every law against assault weapons passed, will already come with a serious number of bodies on it. In fact, the body-count meter is still running. During his speech at a memorial service for the victims in Newtown, a still emotional and resolute President Barack Obama vowed to use the power of his office to prevent future mass massacres–the fourth since he’s been in the White House. After a period without comment in the aftermath of the killings at Sandy Hook Elementary School, the National Rifle Association today said it is “prepared to offer meaningful contributions to help make sure this never happens again.”

Yet, the questions remain: If 20 first graders aren’t enough to force change, to force legislative action, what is? How many more bodies will it take?

And the scariest one: Will there ever be enough?