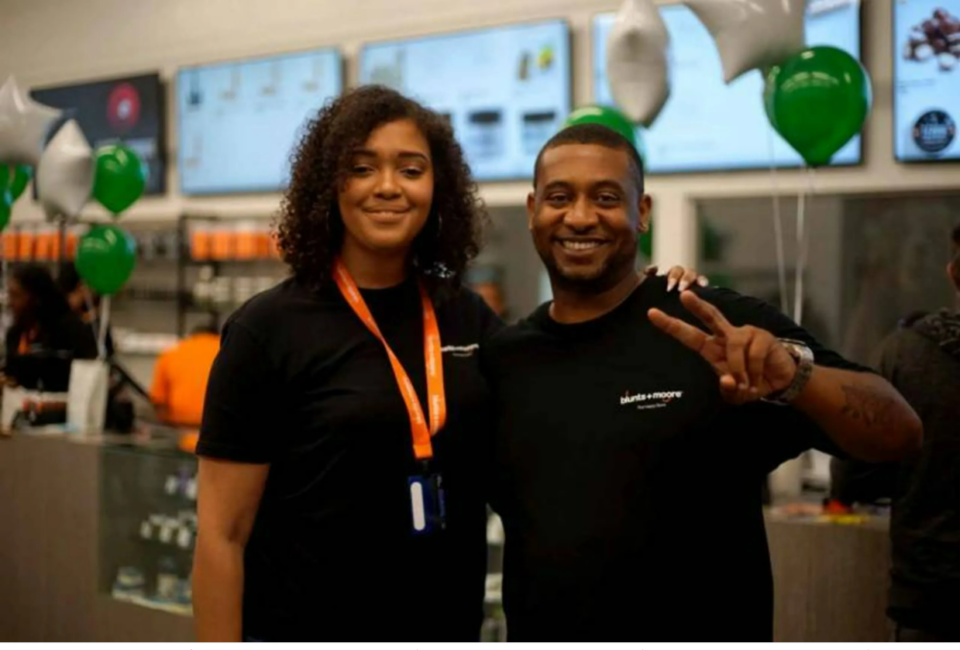 After California legalized cannabis for recreational use in 2016, Oakland was one of the first cities to grant equity licenses to Black entrepreneurs.

However, a deeper look into the city’s cannabis industry by The New York Times shows the hope of righting historical wrongs is being challenged by troubled business conditions, high taxes, and high-scale robberies.

Alphonso Blunt, a Black man arrested in 2005 for possession, was among the first Black entrepreneurs to be granted an equity license in the state to run a cannabis store, Blunts and Moore.

However, in May 2020, during the height of the COVID-19 pandemic, Blunts and Moore was ransacked by thieves with automatic weapons resulting in a $1 million loss, and much of it wasn’t covered by insurance. The cannabis shop was robbed again in November.

If you visit the store today, you’ll be greeted by three security guards dressed in military fatigues, screening customers as they pass through a metal detector. One of the guards, who served in the military, sports a camouflage vest, mirrored sunglasses, a 9-millimeter pistol, and 50 rounds of ammunition. Many may see this as excessive, but Blunt told the Times, it’s necessary.

“It’s crazy to think we need all this war stuff to protect our business,” Blunt said. “But that’s where we are today.”

When states began legalizing cannabis, like California, many wanted to start equity programs to atone for the heavy-handed arrests and sentences given out to Black and Hispanic men and women in the late 1980s and most of the 1990s. Additionally, states wanted Black and Hispanic people to profit from the legalized industry, which has primarily benefitted white men and women.

One of the most significant issues for cannabis companies is although it’s legal in California and 17 other states, it’s still an illegal drug federally. That has led to a host of issues, including the fact that cannabis businesses can’t use a bank to deal with their finances, forcing them to pay employees, bills, and taxes in all cash, which make them easy targets for thieves.

Federal prohibition also means social equity applicants who need small business loans or bank financing have to go to investors who may want an ownership stake in return. Cannabis store owners also told the Times that local law enforcement has ignored them or taken hours to show up when they’ve reported robberies and other crimes.

John Hudak, deputy director of the Center for Effective Public Management at the Brookings Institution, told the Times that cities and states need to handle structural racism at other levels, including banking and insurance, in addition to giving Black and Brown cannabis businesses a fighting chance

“You are giving licenses to people who would struggle in any industry, but in cannabis, the deck is further stacked against them,” Hudak said. “States need to do a better job adjusting for the structural racism built into the system.”.