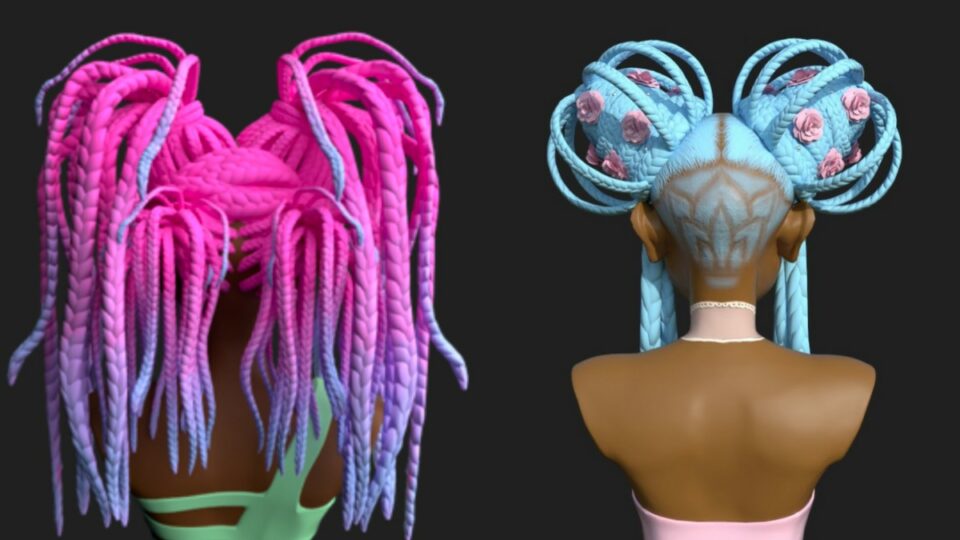 Slated to launch on Juneteenth 2023, the Open Source Afro Hair Library will be the first of its caliber to inspire and normalize Black inclusion in the world of gaming, virtual/augmented reality, and other 3D media, according to VICE News.

A.M. Darke, an Oakland-based artist and UC Santa Cruz assistant professor, is the mastermind behind the initiative. Though not a 3D artist herself, after discovering the lack of Black representation on popular 3D asset websites, she was set on finding a solution to the limited number of hairstyles for Black gamers that don’t extend past cornrows, afros, and dreads.

“I want to create a space that’s open for all Black folks to have this conversation about what we want this to be.”

Her mission is to bring positive Black representation to the video game world. She was also motivated by the number of offensive-looking portrayals of Black men and women in games. In simply searching for any depiction of Black hair or using the term “African American,” users must scroll past crude racial stereotypes and misogynistic representations of women, from homeless caricatures and hypersexualized to “Jim Crow era mammies and the minstrels,” the 36-year-old said.

“With every problem, chances are there’s already some Black people who are thinking about this, who are working on this, know how to do it, and just we have not asked them,” she added. “My thoughts were, ‘We know how to do this, but may not have the time, the material and communal support to author on our own visions.”

Disturbed by all of this, Darke was determined to recruit a team of all Black 3D artists to create an anti-racist, anti-capitalist, and feminist approach to the portrayal of Black hair, per VICE.

Darke understands that with a matter of time and resources, it is very much possible for artists to create designs that represent the versatility of Black hair, including curls and unique textures. Since the project’s launch, she has granted the first round of six 3D artists $1,500 stipends for their designs. Each artist has been selected to create a single character bust illustrating nine unique hairstyles, guided by their personal and creative inspirations, shared aesthetic, and political goals for the Library. They have complete creative freedom.