Dawn Dickson's Road to $1 Million Started at the Entrepreneurs Summit 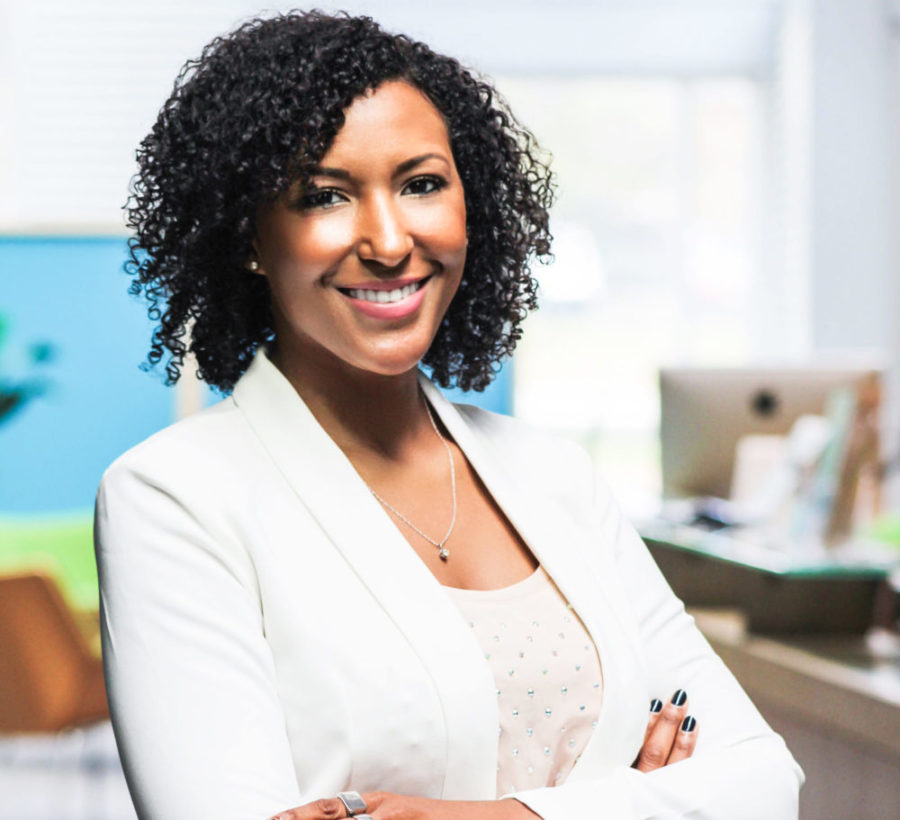 Serial Entrepreneur Dawn W. Dickson, founder and CEO of PopCom, a software company for self-service retail, and Flat Out Heels, a producer of rollable flats for women and children sold online and through vending machines, always prepares for the next big opportunity—even if she doesn’t know from where or even when it’s coming. In fact, she experienced her self-professed “life-changing moment” at the 2014 Black Enterprise Entrepreneurs Summit in Columbus, Ohio.

“The first thing I did before the conference was study the agenda and I looked at the sessions that I wanted to attend,” said Dickson of being a steering committee member and first-time Summit attendee. “I didn’t know exactly what it was about but its title really made me want to go to it.”

Not yet aware of what it took to own and grow an enterprise, Dickson was drawn to a session on venture capital. As a result, she has become adroit at business financing after she met session speakers who would become her mentors: the late financier Marc C. Mathis and former Philadelphia State Treasurer Timothy Reese of the Minority Angel Investor Network. Today, Dickson owns three companies: PopCom, Flat Out Heels, and D1 Consulting Group.

Flat Out Heels generated more than $1 million since its launch in 2011 and PopCom just raised $1 million in capital. Most recently, Dickson went on a fundraising trip to Dubai, and she will speak at the Summit on successfully acquiring startup capital. Dickson, 39, reflected on how her entrepreneurial journey began with that session: “That was my first exposure to venture capital and black people in tech. I never met anyone black in technology until I met Marc and Tim. They were talking about how they had raised all of this money from venture capitalists and they are venture capitalists. That really lit a fire under me. I said, ‘OK, I want to be on that level. How can I get on that level?’”

After asking herself that question, she did what any go-getter would do. At the end of the session, she made her way to the stage, introduced herself, and asked the two how she could stay connected and learn more about the fundraising process. Dickson then scraped together enough funds to head to New York after the two told her about their next session to help black entrepreneurs gain angel investment.

“What I learned when I started taking that approach is that people help you and they’ll make time for you. Showing up, investing in yourself, and buying a ticket to go to a session shows that you are serious,” she says. Moreover, the budding business owner also learned another valuable lesson on speaking the language. “I didn’t even know the vocabulary around fund-raising, startups, and venture capital,” says Dickson.

At the Entrepreneurs Summit, Dickson experienced a shift in mindset related to fundraising options. Instead of bootstrapping and moving at a much slower pace with limited resources, she realized the value of securing venture capital to drive a tech-driven business model.

“I started to integrate technology services into my website and it put me in a position to be an e-commerce technology company,” she says. “Changing the classification of my business put me into a different category and allowed me to raise money from venture capitalists and participate in pitch competitions because now I could pitch as a technology company.” Within two years, Dickson won $80,000 from eight different pitch competitions, placing first in the Local SBA InnovateHER Business Challenge and second place in the REVOLT Music Conference Pitch Competition.

“It was tough because it was my first time being in that world. So, it took me a year to figure out everything and I learned something new every time I pitched. I got to the point where I nailed my pitch every time and covered all of the key things that they wanted to hear. That took learning how [investors] really think.”

Having secured $1.3 million in funding from investors for Flat Out Heels, she encourages entrepreneurs to make informed decisions about raising capital from VCs because it can be a costly distraction. “With a lot of the meetings that I had to attend, 15% of my time was spent on my business and 85% was spent fundraising. And for me, that was a problem because I was spending 85% of my time acquiring debt and 15% of my time acquiring customers. That’s backward,” she asserts. In addition to distractions, she says venture capital financing does not represent “gifts,” therefore structuring a plan for your capital is imperative.

It’s vital that entrepreneurs take into account the impact of such investments on their ownership stake. For one, Dickson advises business owners to fully understand their “cap table,” an assessment of ownership percentages as well as dilution and value of equity in each round of investment.

“Have an exit plan in mind about how long you want to do this because when you take money from other people, it’s not going to be a business that you’ll be able to keep in your family,” she says. “You’re going to have a liquidity event because [investors] want their money back. And look at how much you’re going to own at the end of it. A lot of entrepreneurs end up owning less than 20% of their businesses.”

Dickson followed her own advice last year. When she was offered $1.5 million from an investor but discovered she would possibly wind up owning only 10% of her company, she made the tough decision of scotching the deal “because it wasn’t worth giving up more than half of my business.”

In short, Dickson learned—and you will, too—that one must be armed with knowledge to protect oneself and one’s business. To continue learning about startup funding, meet us and Dickson at the Entrepreneurs Summit in Charlotte from June 6–9.