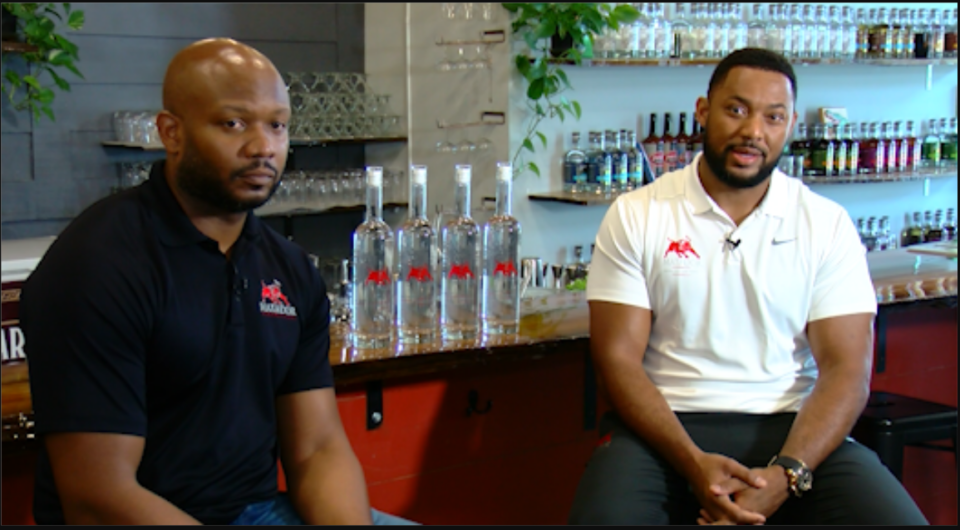 Left: James Williams Right: Bobbie Johnson (Photo Credit: BR Proud)
The sweet industry of sugarcane still serves as the most profitable in Louisiana—an opportunity of a lifetime for Black-owned business owners Bobbie Johnson and James Williams.
“Bobbie said I got this idea, ‘let’s make our own alcohol’… I said I don’t know anything about it but let’s do it,” said Williams, who also serves as COO of Matador Vodka, to BR Proud.
Years after working in the trucking and engineering industries, these two Baton Rouge natives are now co-founders of Matador Vodka — Louisiana’s first Black-owned sugarcane vodka. They’ve teamed up with Sugarfield Spirits in Gonzales, a locally owned craft distillery, to produce an exclusive special blend.
In hopes of creating a product with meaning and intention, representing Black and brown communities in their brand was the goal during its inception in 2018.
“[I wanted] to do something different,” Johnson said, “to do something that has never been done by a minority. There is a need for our presence in this industry.”

Matador is made from pure Louisiana sugarcane, while most traditional vodkas are made from fermented grains such as corn, rice, rye or wheat, and even potatoes as its base.

The sugarcane crop is vital to Louisiana’s economy, now being in its third century of production and generating more than $2 billion to the cane growers and raw sugar factories of the state. In the 2020-2021 season, sugarcane is being produced on over 480,000 acres of land in 24 of the state’s parishes.

“We have a vodka that is 100 percent sugarcane-based,” Williams added. “You get the mouth feels of caramel and butterscotch. So, it goes down really, really smooth. It’s not like any other vodka you’ve ever tasted.”

Matador’s vodka takes pride in ensuring high-quality flavors in how it’s made. It takes about 30 to 45 days to process from raw sugar into the bottle. Then it is distilled 16 times and filtered three times.

The name for the vodka was inspired by the grace and tenacity of a bullfighter.

“Matador is just that. It’s a bullfighter,” said Johnson. “A matador will dodge the bull with grace, and that’s what the brand is about … To be graceful as you continue to be successful and reach different levels in life.”

The brand is sold at Calandro’s, Martin Wine & Spirits, Total Wine & More, and Hokus Pokus Liquor. It is also served at restaurants and local grocery stores around the Capital City, including Soji: Modern Asian, Tsunami, BLDG 5, and Bin 77. The co-founders are gearing up to expand statewide and nationally, envisioning a future where Matador becomes the Tito’s of Louisiana.

“The biggest thing is getting the city behind us and supporting what we are doing so we can represent Louisiana,” Johnson said.