The Unfinished Demands of the March on Washington Decades Later 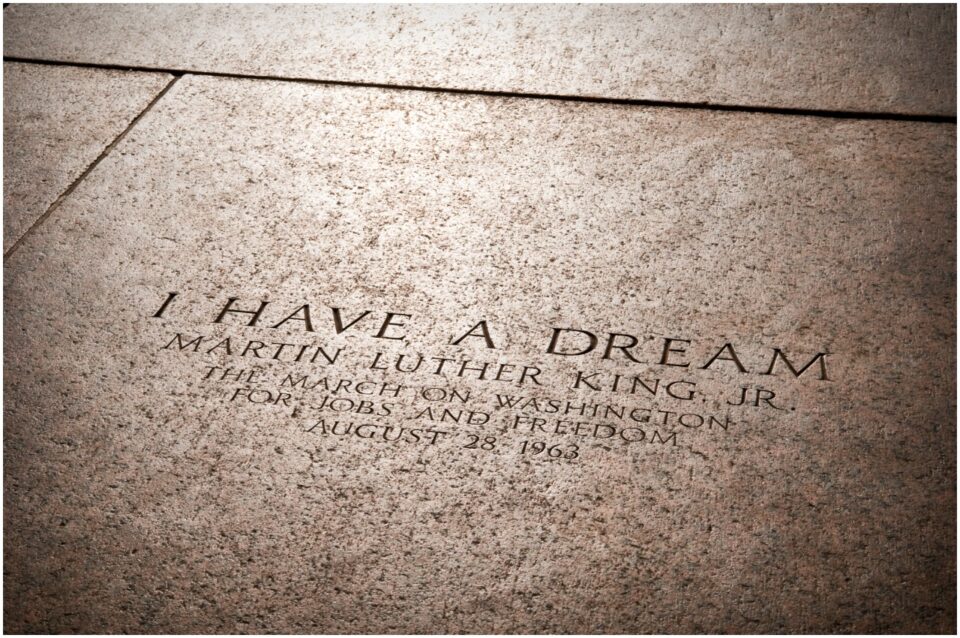 “You are demanding that this city will respect the dignity of labor. So often we overlook the work and the significance of those who are not in professional jobs, of those who are not in the so-called ‘big jobs.’ But let me say to you tonight that whenever you are engaged in work that serves humanity and is for the building of humanity, it has dignity and it has worth.”

These were some of Dr. Martin Luther King Jr.’s last words, spoken April 3, 1968, the day before his assassination in Memphis, TN, while in town for the Memphis Sanitation Strike.

Dr. King knew, as many of us do today, that economic progress is integral in the fight for racial injustice. He was incredibly outspoken about his labor agenda, which, as part of his Poor People’s Campaign, called for unions and better overall worker protections. As one of the organizers of the March on Washington for Jobs and Freedom in August 1963, where he delivered his “I Have a Dream” speech, Dr. King used that platform to demand full employment and a guaranteed living wage for Black workers.

Nearly 60 years after that march, the state of Black workers in America remains alarming. The COVID-19 pandemic has widened our country’s long-standing racial economic gaps, leaving the Black unemployment rate at 7.1 percent, compared to their white counterparts at 3.2 percent, according to the Bureau of Labor Statistics (BLS).

Things did not look much different in 1963.

In fact, back then the unemployment rate for Black workers, at 10.9 percent, was double that for whites, at 5 percent, according to the U.S. Census Bureau. In 1963, the minimum wage was $1.15 an hour. March on Washington organizers demanded $2 an hour, enough to lift the average family of four out of poverty.

Today, the federal minimum wage is $7.25, where it’s been stagnating for over a decade. Working families deserve a $15 an hour federal minimum wage to lift themselves out of poverty. What’s more, the median weekly earnings of Black workers is a dismal $799, compared to white workers, who earn $1,024.

A leader in the Poor People’s Campaign, Dr. King said the goal was “as pure as a man needing an income to support his family.” But Black workers presently face worsening racial economic inequality than they did in Dr. King’s time. We must use this moment as a nation to turn the tide and focus on key solutions to advance education, employment, and economic justice.

Policy plays a crucial role in improving the lives of Black workers and our communities. For too long, our laws have caused more harm than good by systematically excluding Black communities from economic opportunity. Measures focused on providing better resources to our educational institutions and rooting out systemic racism in the labor market are long overdue.

The Joint Center’s “Improving Training to Brighten the Future of Black Workers,” report found that of Black workers 25-years and older, 45 percent have only a high school diploma or less and on average earn $28,400 a year, while 19 percent have “some college” but no degree and on average earn $38,100 a year. Those earnings are not enough to keep up with the rising cost of living in America, let alone thriving. However, better investments in training programs that prioritize Black workers — including working directly with employers and unions to better understand employee needs and providing a training structure to support an individual’s personal and professional goals while helping them build worker power — are one solution to help boost Black workers’ earnings.

In “An Introduction to the Future of Work in the Black Rural South,” the Joint Center found that while most areas of the U.S. enjoyed job growth from 2001-2017, the Black Rural South lost more than 100,000 manufacturing jobs — or almost 40 percent of the region’s manufacturing work. Research shows these trends will continue unless policies are tailored to most effectively address the unique future of work challenges that confront the Black Rural South, including targeted investments in broadband, HBCUs, education, skills, remote learning and remote work, and entrepreneurship.
Too many of our country’s labor policies fall flat in addressing the specific needs of Black communities who have been systematically excluded from meaningful jobs that pay family-supporting wages.
No one in the United States should work and live with little economic hope for their future. As we work to realize Dr. King’s dream of true racial equity, we must be sure to remember and honor his hopes for the dignity of labor. And that can only happen if policymakers develop a robust plan to address the vulnerability of Black workers.