The Woman Behind this $117.5M Venture Backed Co-Working Space is a Black CFO 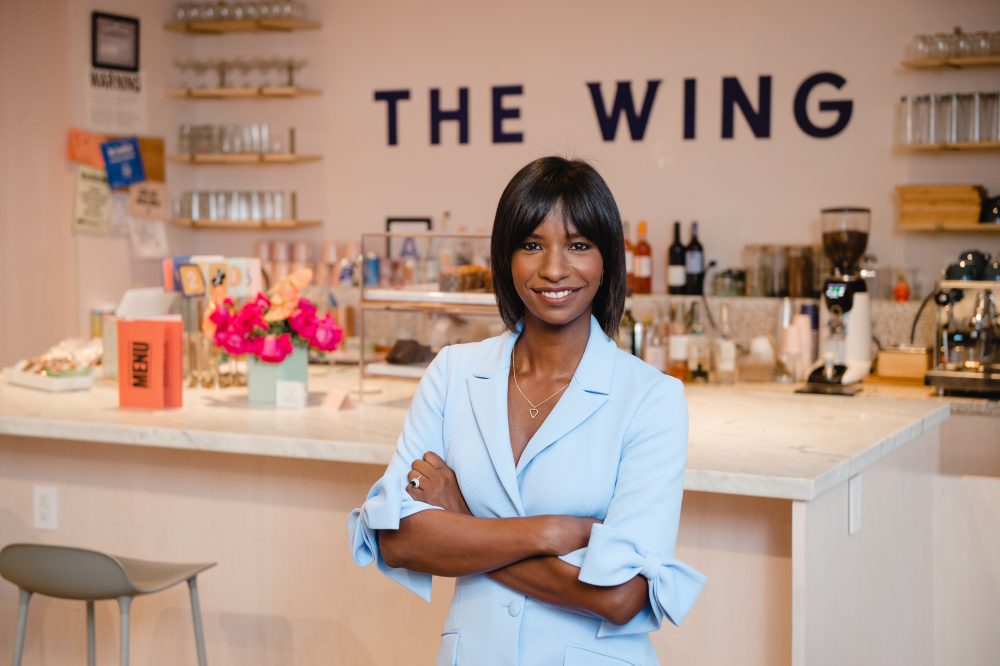 The Wing is one of the most sought-after co-working spaces in the female business community. Not long after opening their doors and rolling out to multiple locations across the country did the unicorn track company raise over $117.5 million bringing on investors that included Kerry Washington, Valerie Jarrett, and Serena Williams. The woman behind the finances, Diedra Nelson, is a black chief financial officer.

In an interview with Black Enterprise Nelson speaks about her journey into finance, why she chose The Wing, and what advice she would give black women looking to secure a similar career path.

Black Enterprise: How did you start your career in finance?

Diedra Nelson: Growing up, many of my family members worked in medicine, so it was something I always envisioned as my part of my career path. I started out at Syracuse as a biology major, but knew immediately after my very first chemistry class that it wasn’t for me. I remember calling my mom to tell her and I changed my focus to marketing and finance the next day.

Following my gut instinct was the best decision I made. I was interested in how businesses communicate with their consumers and how they operated from a financial perspective. Understanding both has been invaluable as I have moved from more established companies to building and scaling newer companies with deeply loyal customers.

I was lucky enough to land a paid internship at General Electric (GE) for two summers while in college and worked extremely hard. I treated my time there like I was a full-time employee, which paid off because I ended up landing there after graduation.  Four years later, I was recruited to Goldman Sachs to support their Securities Division. Spending the first decade of my career in more traditional corporate environments taught me process, structure, how a P&L (profit & loss statement) works, and how to run a business efficiently and ensure the business can scale in a financially responsible way. These are all critical elements for startups — and I would not be where I am today if I hadn’t had such a solid foundation.

I became increasingly aware of the lack of women who looked like me in my industry, and so that impacted the degree in which I pursued being as successful as possible, and one day a CFO. It became part of my drive.

What have been some of your struggles as a minority woman of color in your space?

Many of the people I meet — including other business leaders and investors — can’t believe that I’m the chief financial officer of a scaling, successful, unicorn-track company. When they hear me introduce myself as CFO of The Wing,  there is almost always a visible moment of disbelief followed by a realization that their reaction was a result of the implicit bias they are harboring. It happens far too often, and as a black woman at the executive level, I know there is so much work to do in making sure more women of color are able to rise to the top of the financial totem poles at companies. Women of color represent less than 2% of corporate officers at some of the country’s leading companies, and so there is a distinct responsibility, privilege, and honor to be able to serve as an example for so many black and brown women who are thinking about getting into careers in finance or want to be in the C-suite of a successful company. The barriers exist, yes, but I know that by being in this role, I am making room for more women who look like me to be where I am one day. I am inspired by so many of the black women who are making strides in the public eye to normalize our roles as financiers and leaders like Mellody Hobson, Shonda Rhimes and Valerie Jarrett who are all Wing women!

What piqued your interest in the job as CFO of the Wing?

Being personally invested in a company’s mission and believing in the opportunity to make something better has been a guiding principle of mine. As women of color, I think so many of us are drawn to work that allows us an opportunity to make our communities better or create something that adds value to people’s lives. The Wing felt right for me because I knew that so many women were joining to organize, advance their own careers and businesses, and help others in the communities we were expanding to. The opportunity to help shape and lead the financial success of a business like that was a no brainer. And on top of that, the idea of serving as a Chief Financial Officer, a role that would allow me to pave the way for others, was amazing.

What are some of the milestones that you’ve been able to hit while in this position?

I’m extremely proud of my team and the financial infrastructure we have built. It has allowed us to keep up with the enormous interest and demand of our growing Wing community. The Wing started with 200 members in just one small location in Flatiron just a little over two years ago, and today are nearly 8,000 strong across 7 cities and scaling internationally this summer. I’m also am especially proud of the financial acumen we are instilling in our company’s culture: we are extremely transparent with our staff about the financial health and goals of the company, so they feel invested in the process and know where their department fits into the overall financial goals of the organization. It’s been great to see how motivated the staff is and how they incorporate this knowledge into their everyday strategic processes.

In December of 2018, we closed a $75 million Series C funding round, one of the largest rounds raised by an all-women team in recent history and an important milestone to support scaling our physical locations and digital experience. Every time we walked into a pitch meeting, I was the one who was responsible for presenting the financial health and potential to investors. It does not escape me how powerful it is to have me, a black woman, presenting the financial roadmap and successes of our business, but I know that it is incredibly important to dispel the notion that people who have this incredibly important job have to look a certain way.

What is the advice that you would give to black women looking for a career in finance?

There are not a lot of us in this field at the moment and we’re held to a different standard, period. It’s really important to know your worth and come prepared for every aspect of your job, and be prepared to work harder than others. Come to the table with an opinion and make sure that the recommendation is supported by numbers, research, and facts.

Build a personal board of directors. I have been so fortunate to have an incredible tribe who have supported, encouraged, and helped me see that I could be in a role like this because they knew I was capable and went to bat for me. Finally, know that you can get to where you want to be, but it will take a tremendous amount of work to get there. The playing field is not level for us — and you will have to work both harder and smarter. But it will pay off in the end.