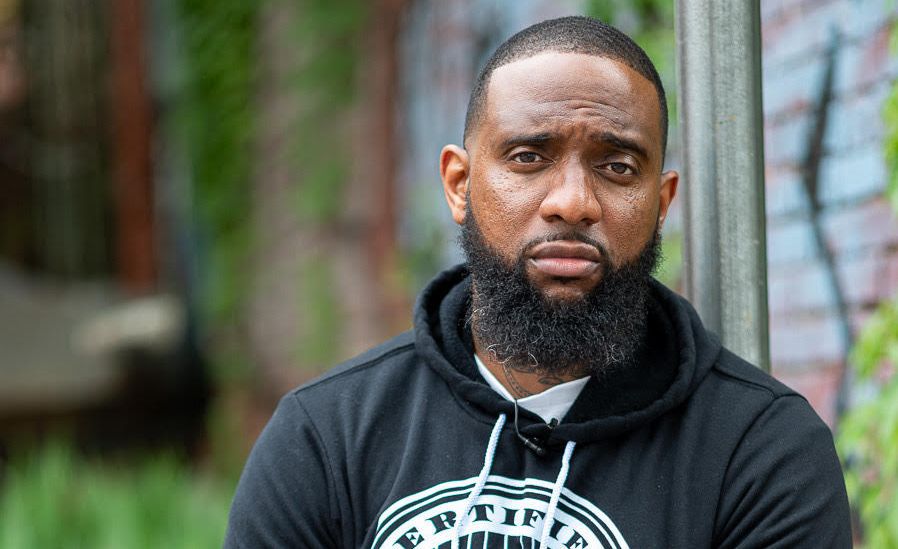 When you can turn a negative into a positive, the riches that can be gained are monumental. We, as Black people, are seen in such a negative way that there are certain descriptors that are attached to us that are always viewed a certain way. A trapper is a person who traps wild animals in the “regular” world, but, in the Black community, particularly in the Southern region of the U.S., a trapper is known as a drug dealer and/or hustler out in the streets. Yet, one man has decided to turn that trapper moniker into a positive word that should elevate the financial education of Black people.

Leon Howard also known as Wallstreet Trapper, is taking the knowledge he learned from his upbringing to benefit others looking to become financially viable. He uses that same approach to make sure Black families get into the mindset of making sure the finances they acquire stay within the family for years to come. BLACK ENTERPRISE was able to talk to Howard about the meaning behind his moniker, how important it is for Black families to learn and talk about Black wealth, and a new program he has initiated that will have Black families handling their financial thinking like successful corporations.

You’ve gained quite the reputation with your moniker, Wallstreet Trapper. For those who may not know, why do you use that name and what’s behind the meaning of “From The Trap to Wall Street?”

Wallstreet Trapper was my way of turning the word trapper into something positive. Being from the streets of New Orleans and most likely in every ghetto in America, the word trapper is associated with street activity. Wall Street is immediately viewed as a place where the wealthy of the world dwelled and was off-limits to us (the wealth-deprived). Wallstreet Trapper means I have now turned Wall Street into my trap and normalized wealth-building. The same as the wealthy have normalized investing in stocks. From The Trap To Wallstreet represents those of us who come from nothing (The trap, that part of the ghetto where we are financially suffocated) but are destined to turn our last names into assets. From the Trap To Wallstreet means that just because we are born with a lack of financial literacy — because we are born expected to go to prison, be murdered, addicted to drugs, and underexposed to the true possibilities that life has to offer —we can come from that and still become wealthy and change the dynamics of our family.

You’ve recently introduced The Family S.O.P. (Standard Operating Procedures). Could you explain what this is?

Family S.O.P.’s, which stands for Standard Operating Procedures, came to me when I was setting up my business. Every successful business has S.O.P’s. It’s a detailed description of every function of a business. So no matter who comes for this position, they’d have specific guidelines. A light bulb went off in my head. If every Black family had Family S.O.P’s then each generation could follow the exact steps needed to add to the family’s wealth. We can leave our kids money, but without guidance, they’ll blow it. The goal is to turn our last names into assets. The Black family doesn’t know how to build wealth. Every generation is figuring it out as they go but aren’t documenting the process. I put together a blueprint that every Black family can follow and because every family is different, you can add to it and it keeps evolving. Every family has a different set of S.O.P’s, just like every business has a different set but every successful business has them.
How important is it for Black families to learn and talk about wealth? Why do you feel that wealth isn’t a pillar in the average Black family and what must we do to change that mindset?
Honestly, it’s important for the Black family to learn how to produce wealth. This last year alone has shown us that only the Black family can save the Black family. We have to become our own stimulus. That can only take place through normalizing the wealth conversation within the Black home. The reason it isn’t a pillar is that America benefits more from the Black community being consumers. Why would they teach us to sit at the table with them, when we are the catalyst to their wealth? The lion never teaches the gazelle how to get away. The school systems in our communities are designed to keep us as workers. They aren’t designed to make us owners. To change that mindset we must study their blueprint and implement their rules (AKA The spook that sat by the door). We must break free of the consumer mindset and understand that wealth isn’t built overnight. These people have been building wealth for generations.
What can we look forward to from the mind of Leon Howard? Is there anything in the future that we should look forward to? Anything that you’d like to discuss?
Moving forward, my goal is just to keep pushing the message that being wealthy is our birthright. Now that the world is opening back up you will be seeing more workshops geared towards being hands-on with helping the culture build wealth. Also putting a curriculum for the Family S.O.P’s. Just doing my part in assuring and enhancing the wealth in Black America.
For those individuals who want to follow in your footsteps and acquire wealth, how would you suggest they embark on that journey and make their own way?
For those who want to follow in my footsteps, I’d say to get around people who are teaching what you don’t know because what you don’t know is going to be your biggest expense. Building wealth is a revolutionary act.