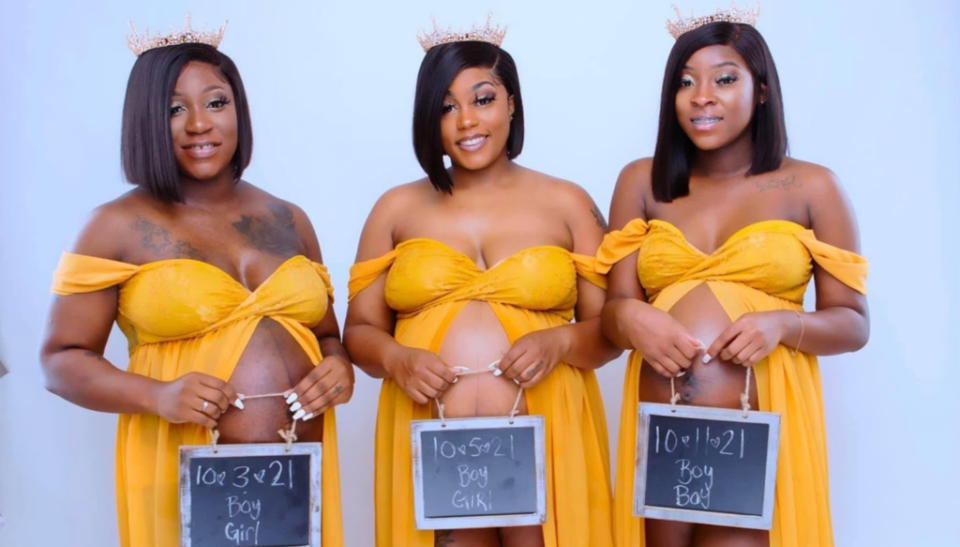 Three cousins in Mississippi share an even closer bond after all getting pregnant with twins after suffering from loss of pregnancy.

Melody Stubbs, Courtney Harper, and Janeshia Wilson are all due within days of each other, WLBT reports. Related through a family patriarch, the three cousins all learned that they were pregnant around the same time and all carrying twins.

“I think Neshia [Janeshia] posted first, and I saw her post, and I posted mine about a week or two later,” Harper said. “She called me and said you’re pregnant, you’re having twins?!”

“It’s kinda mind-blowing,” Harper added. “The first question that people ask is whether twins run in our family, but no one close to us has twins. We kinda just started a generation of twins out of nowhere.”

While the triple set of twin pregnancies weren’t planned, the cousins couldn’t be happier. They all are expecting their rainbow babies after suffering from miscarriages.

“When I first got pregnant, I was scared,” Stubbs said.

“A lot of things go through our heads daily, like being a perfect mom, knowing that we’re not gonna be perfect, but the pro of it – is that we get to experience this together,” Wilson said.

“I’m not afraid anymore because I’m not alone,” Stubbs said with a smile.

We’re sure those cousins will be just as close as their moms are.