Tiffany Haddish Tells Us How To Stay Healthy This Fall, Like Only She Can 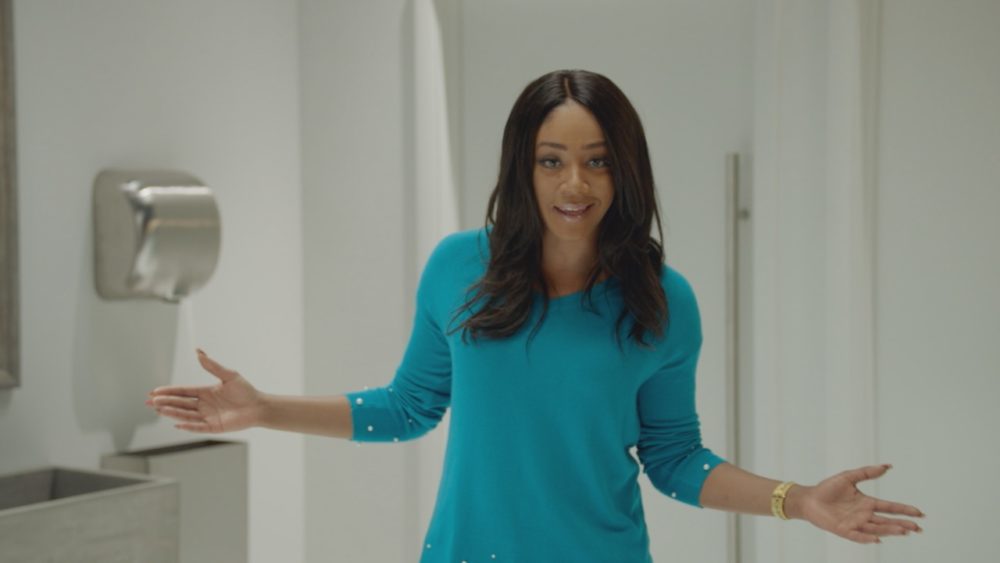 Tiffany Haddish, one of our favorite funny women, is using her talents to encourage people to stay healthy by washing their hands.

“Although some people say I have a dirty mouth, I actually love the feeling of being clean,” said Haddish in a press release. “It was so much fun partnering with Method on this PSA to make the world a cleaner place, one hand wash at a time.”

The spot, named “Fight Dirty” is part of a campaign for “People Against Dirty,” which was created by eco-friendly cleaning brands method and Ecover.

Haddish, whom many consider the breakout star of this summer’s mega-hit film Girls Trip, was recently named “funniest woman alive” by VanityFair.com. Her comedy special, Tiffany Haddish: SHE READY! From the Hood to Hollywood, is available now on Showtime. And she’s slated to star next year in The Last O.G. with Tracy Morgan on TBS.

“Who better than Tiffany Haddish to help Method fight dirty? She’s culturally relevant, super funny, and one of the most sought-after comedic talents today,” said Doug Piwinski, chief marketing officer of People Against Dirty, in a press release.

The mission is to highlight the importance of hand washing, especially as we near the height of cold and flu season. According to People Against Dirty:

That last stat underscores the dangers that can be lurking on unwashed hands, and how easily germs and bacteria can spread from dirty hands to dirty phones. According to the CDC, germs can live on the screens of your mobile devices for up to 24 hours.

“One would think that washing your hands after using the restroom is a no-brainer, but Tiffany has turned this seemingly simple act into something memorable, impactful, and shareable.”