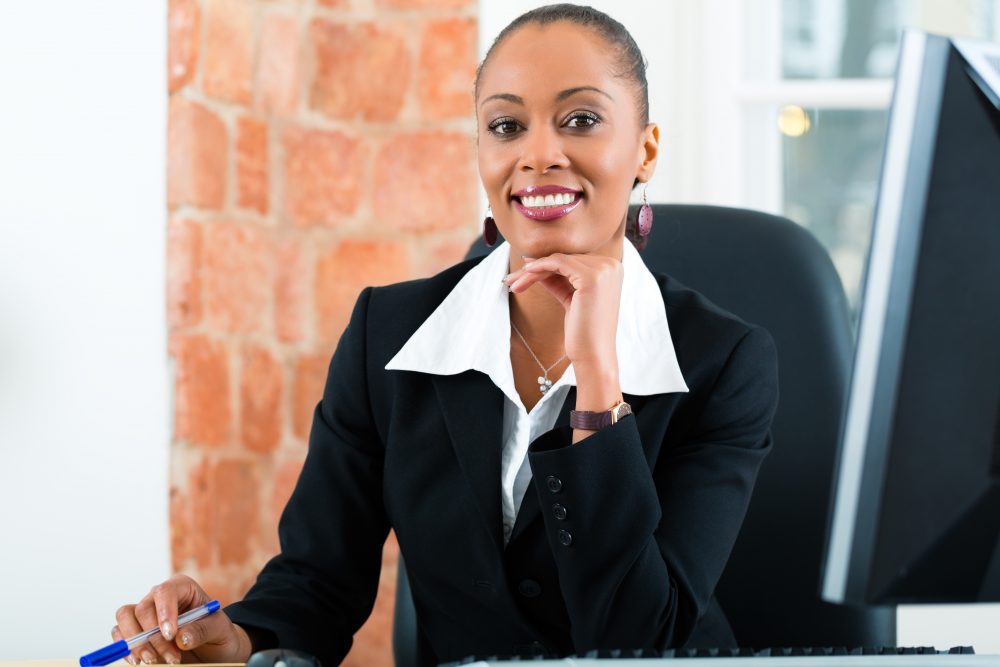 Black women in law is a rarity. In fact, according to the American Bar Association, African American men and women make up only 5% of all licensed lawyers. Despite low numbers, black female attorneys are sprinkling their #BlackGirlMagic and rising to the top. They are holding positions such as president of Bar Associations, partners at their firms, and not to mention, they are settling multi-million dollar law cases regularly.

The number of black women in law is steadily rising, with more and more attending and graduating from law school each year. While they continue to make big strides and literally raise the bar across all practice areas of law, here are 10 black female attorneys you should know.

What makes her a top black female attorney: Tasher received the Florida A&M University College of Law and a Distinguished Alumni Award for Professional Excellence in Government. She’s been honored by National Bar Association with the 2016 Nation’s Best Advocates: 40 Lawyers Under 40 Award. Additionally, she’s a chair of the ABA Young Lawyers Division Bankruptcy Law Committee and was selected as a 2016-2018 ABA Business Law Section Fellow. She is also president of Ms. J.D., a national nonprofit organization dedicated to the advancement of women in the legal profession, and she is the first black women to hold the position.

Tasher has been featured in the St. Louis Lawyer Magazine, and Best Lawyers Magazine. She is also a contributing editor to the Third Edition of the ABA Sexual Harassment Policy Manual and is currently the co-chairing the ABA Commission on Women Sexual Harassment Toolkit, which will launch early 2017. Tasher also partners with a local legal aid services provider to start a Bankruptcy Pro Se Legal Assistance Clinic in St. Louis, to assist indigent residents with the consumer bankruptcy process.

What makes her a top black female attorney: Baker-Barnes’ greatest accomplishments as a lawyer have come from cases where she was blessed to have a role in helping to improve the lives of her clients. A few specific examples are cases where parents of young babies have been told that their children will never walk, never talk, and never live a normal life, because of injuries they suffered due to someone else’s negligence.

In prosecuting the case on behalf of the children, she has been able to resolve these matters, so that the children were able to get the very best in medical care, therapy, and assistance. They received nursing care and educational assistance, allowing them to push the limits and live full, active lives. Now, several of them are now walking and reaching milestones their parents never thought they could achieve. These successes are the combination of tireless work by both parents and children, after having the personal and financial support necessary to meet those goals. She is most proud of playing a small part in victories such as these.

What makes her a top black female attorney: With over a decade of career experience, Horton has worked at top-tier firms on securities and hedge fund matters, earned a second law degree–an LL.M. in International Law & Justice–and served as a visiting professor internationally on business and human rights issues. While it’s common for “big law” attorneys to work on matters involving $100+ million, it’s rare for that to continue after an attorney leaves big law to establish their own firm–but that’s exactly what Horton did.

Throughout her busy schedule, Horton managed to take time off to serve as full-time CEO for a venture that she co-invested in, which gave her a unique perspective on the frustrations and challenges startups face, and what they need from legal counsel. Currently, Horton’s representation involves handling international deals with public companies worth over $100 million, which is not atypical. At the same time, she and her team also handle pro-bono and low-fee matters for aspiring entrepreneurs.

What makes her a top black female attorney: Robinson received a certificate of special recognition from United States Congress, for her commitment to serving communities in the state of Florida. Additionally, she has been acknowledged in Super Lawyers Magazine for four consecutive years, and she has been recognized by the National Black Lawyers organization as one of the top-40 black lawyers under 40. Robinson has also been featured on multiple TV networks–Fox News Channel, RT America, RT International, Newsmax, and America Trends–as a legal analyst for issues ranging from police misconduct to the legal liability of major corporations for many newsworthy cases.

What makes her a top black female attorney: Wills has collected over $100 million in settlements and verdicts for her clients against corporate giants. She is also a cast member of the hit show Sisters In Law on WE TV.

What makes her a top black female attorney: Grayson established her own law practice, which has evolved into other businesses, including mediation and co-parent coaching services. She is also an Author of a three-part book series written for parents and stepparents in divided or blended families. Grayson is also a speaker that travels, educates, and works with families across the country.

What makes her a top black female attorney: Durham has been recognized for such awards, including Outstanding Director of the Year by The Texas Young Lawyers Association; several “40 Under 40” distinctions from the Dallas Business Journal, National Outstanding Black Lawyers, and National Bar Association; and more. Yet, the accolades that she holds most dear are those that have recognized her advocacy work in the community, including the Dallas Women’s Foundation Young Leader Award, Humanitarian Award, and Altrusa International Woman of Tomorrow. Those accomplishments are more significant, because Durham was able to use her law degree, position, and power to make a difference in the lives of many worldwide, through her advocacy and humanitarian efforts to advance women and promote diversity and inclusion in the profession.

Additionally, Durham has served as the 2015-2016 chair of the American Bar Association Young Lawyers Division (ABA YLD), the largest association of its kind in the world. In this role, Durham represents the voice of 170,000 young lawyers, and this platform has enabled her to expand the reach of her assistance offerings.

What makes her a top black female attorney: As an attorney for NASA, Kiel provides legal services, advice, and representation across a broad range of the areas, including the Federal Tort Claims Act, the Space Act, labor relations, personnel law, alternate dispute resolution, equal employment opportunity, security, and other legal matters. Kiel represents NASA in administrative hearings, pretrial hearings, trial, and on appeal, while providing legal advice to the chief counsel that is proactive and preventive in nature. She seeks to identify and resolve potential legal and business issues before they become adverse to agency interests. Additionally, Kiel drafts Space Act agreements, contracts, cooperative agreements, and other legal documents, including statements of work and specifications, terms and conditions, and regulatory directives.

Kiel was selected by MSFC leadership to participate in the NASA FIRST Leadership Program; the 2015 class was comprised of 38 participants from across all NASA centers. She has been the recipient of MSFC Innovation Team Award, in both 2014 and 2015.

What makes her a top black female attorney: When Stephen first started Supra Legal Group, she wanted to have the traditional office, however this environment didn’t feel authentic to her. She made the decision to transition to being virtual in 2014 and hasn’t looked back. Now her office is completely virtual.

Being virtual has allowed Stephen to make her practice international, able to assist clients that do business in the United States from anywhere in the world. She’s enjoyed helping clients with their overall business goals and legal strategies so much, that she launched a consulting firm to assist clients with creating revenue strategies for their business, in addition to managing their legal matters.

Another accomplishment of Stephen was that she launched hirealadylawyer.com, the only online directory of female lawyers, because sometimes, it takes a woman’s touch to get the job done. Stephen says that she is excited to help promote lady lawyers, because she realizes they are sometimes overlooked for the job.

What makes her a top black female attorney: Many years ago, Gordon confided in her father, a police officer for Orlando, F.L., about her dreams of becoming an attorney. When he was tragically killed, she instantly found herself in the middle of multiple litigation cases. It was at that time she knew, without a doubt, that the role of a personal injury attorney was a fit for her.

Gordon previously worked as defense counsel for one of the nation’s largest insurance carriers, before building her own law firm. Being able to provide a sense of calm and support in the midst of a person’s most devastating moments in life is something people always remember. Having been there before, Gordon understands just how important obtaining the right counsel can be. She gets satisfaction in knowing that she’s involved in a profession that helps to provide the assistance necessary for people to move forward. She prides herself on helping clients who have had every other door slammed in their face and recovering amazing settlements on their behalf.

Courtney McKenzie Newell is a creative branding and marketing influencer. Courtney has been featured on the Today Show, Good Morning America and over 100 media outlets. She is the President & Chief Creative Officer of Crowned Public Relations; an award-winning WBENC and NMSDC certified Multicultural and Millennial Digital PR firm. She works with Fortune 500 companies and Government Agencies to help them create remarkable campaigns that better connect them with their multicultural and millennial customers.