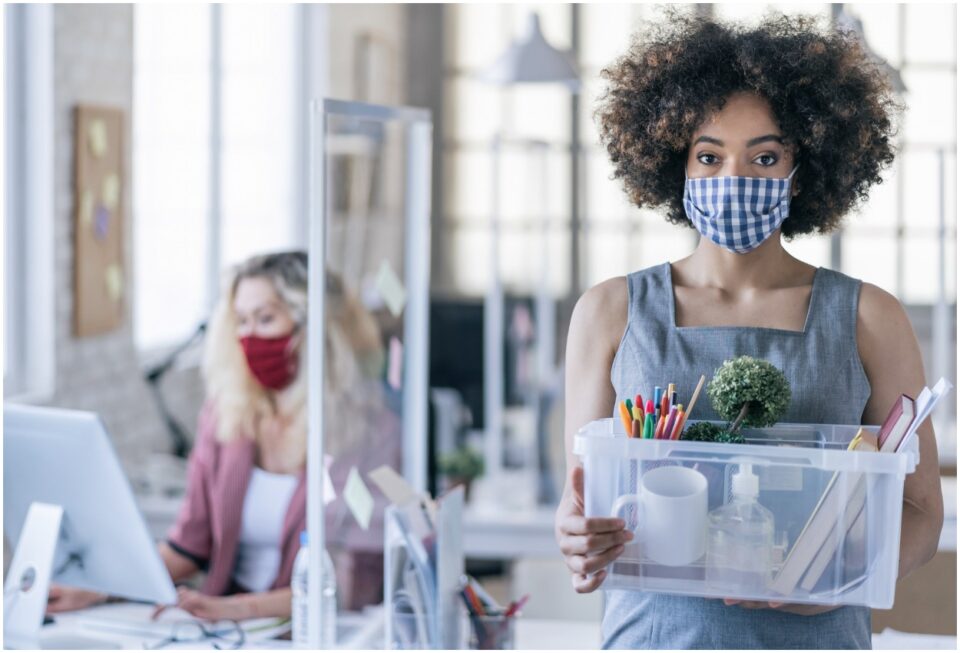 Painful traits like discrimination, verbal abuse, and sexual harassment caused legions of people to walk away from their jobs last year.

Those attributes fed a dire work climate for many people. A toxic company culture (31%), changing career goals (30%), and burnout (29%) were among the top reasons people quit working, new research shows. All in all, a reported 47 million Americans gave up their jobs in 2021.

The 47 million were part of the Great Resignation, an economic trend that started early last year when people left their jobs searching for larger pay, better benefits, and healthier workplaces.

The study by Real Estate Witch was based on an online survey conducted this past January of 1,000 people who quit jobs last year, including 169 who identified as Black. The responses revealed that some 80% of workers reported that COVID-19 influenced their resignation decision.

One in four of them did not give their employers notice at all, and 1 in 8 “ghosted” or left with no explanation. Saying goodbye was not just about money. Some 53% reported a salary cut in their new job. The average pay cut was around $8,000, but many job seekers would take a greater cut. Some workers who left and are still looking for jobs reported they would work on average for $23,000 less in their next role. Yet, some 57% of employees cited some regret about resigning, especially those with no new work opportunities.

Jamie Seale, the study’s author, says employees are reassessing if their workplace is the right fit for them. She added for Black employees—who tend to experience discrimination at higher rates than other racial groups at work, experience more microaggressions than their white counterparts, and are underrepresented in senior roles—the Great Resignation allows them to find more inclusive workplaces where they’ll have more opportunities.

Seale says her firm estimated that eight million Black Americans walked off jobs in 2021. She explained of the 169 Black employees surveyed, 57% of them, or 96 workers, found employment. This compared with 65% of the overall respondents surveyed.

“The reason for that small, but noticeable difference may be because only 47% of Black respondents had a job lined up before resigning, whereas 55% of overall respondents had another offer before quitting.”

Among Black workers who resigned and later found employment, she says the most popular employment sectors were education (9%), human resources (5%), and retail (5%). Seale pointed out that national data shows some of the most significant increases in job openings occurred in education and retail, making them appealing industries for job seekers.