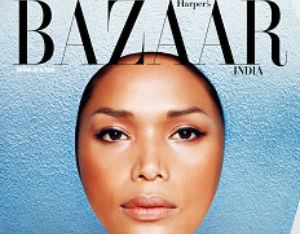 Nine versions of the next edition of Harper’s Bazaar India magazine will feature a different woman of color on the cover including Tyra Banks as well as Tracey Africa Norman and Geena Rocero, who now have become the first transgender women to appear on the cover of the iconic Harper’s Bazaar.

“Diversity has always been the DNA of Harper’s Bazaar. The Indian edition is delighted to follow in such illustrious stepsâ€, said Harper’s Bazaar India Editor Nonita Kalra in a released statement.

“This cover means the world to me and for me to represent my community, it is such a humbling experience for me,â€ said the 64-year-old Norman in a statement.Â She is the first trans model to have multiple beauty campaigns and was also shot by Irving Penn for Vogue Italia. Throughout the ’70s, Norman was the face of Clairol’s ‘Born Beautiful’ hair color line, for the Dark Auburn color, Box 512, and became an instant inspiration for thousands of women of color.

Nine Wonders of the World

The Nine Wonders of the World cover series is a twist on the unofficial title sometimes given to those new buildings, structures, projects or even designs that are deemed to be comparable, according to a press release. The series interprets and showcases the “new” diversity that is being accepted and celebrated. The other models represented the Caribbean, Brazil, Korea, millennials, and Muslims.

“Showcasing white woman after white woman on covers does not work anymore, we need to show the women of the world that is of now,â€ stated ChristopherÂ Sollinger, an independent art director and executive producer, who cast various industry icons, veterans, and new faces for the historic cover series. “The world is changing and with this story, we want to be a part of that global revolution.â€

Rocero is a Filipino-American model, producer, and founder of Gender Proud who gave a viral Ted Talk with 3 million views. She was honored this year with a GLAAD Media Award for the Logo digital series Beautiful As I Want To Be,Â which she executive produced and appeared in.

“It is an honor to be on this historic cover series with the women that I’ve looked up to,â€ added Rocero. “Growing up in the Philippines I used to dream of being on the cover of Harper’s Bazaar.â€ 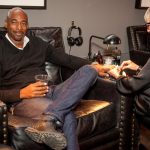