UFC Champ Francis Ngannou To Give Fans and Followers $300,000 in Bitcoin 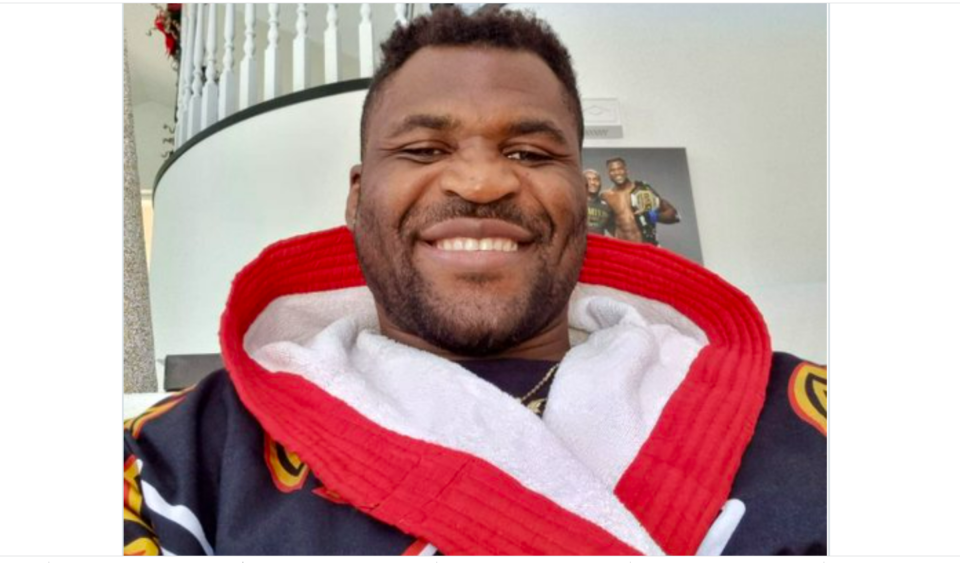 Francis Ngannou (Twitter)
Francis Ngannou is showing that he has more to offer than just the awesome fighting skills that made him the UFC men’s heavyweight champion.
According to MSN, known as “The Predator,” Ngannou is displaying his charitable side by partnering with CashApp to donate $300,000 in bitcoin to his fans.

“I believe bitcoin can empower people everywhere. So I’m excited to partner w/@CashApp to take half my #UFC270 purse in bitcoin. I want to make bitcoin more accessible to my fans, so I’m giving out $300K in bitcoin!” he said on his Twitter account. Tweet(e Follow @CashApp + drop your $cashtag w/ #PaidInBitcoin,” he wrote in the tweet, which you can see below.

I believe bitcoin can empower people everywhere. So I’m excited to partner w/ @CashApp to take half my #UFC270 purse in bitcoin. I want to make bitcoin more accessible to my fans, so I’m giving out $300K in bitcoin! Follow @CashApp + drop your $cashtag w/ #PaidInBitcoin pic.twitter.com/8JEvJ1UYu1

Ngannou is reportedly the first UFC fighter to unite with the payment app for bitcoin donation. He joins the “Paid In Bitcoin” revolution in doing so. BLACK ENTERPRISE reported on the book, Bitcoin & Black America, which talks about the role Bitcoin and cryptocurrency can play in the Black community.

Earlier this week, Ngannou announced that he would take half of his UFC 270 pay in Bitcoin, Bjpenn.com reported. He accompanies athletes like Klay Thompson, Aaron Rodgers, and Odell Benham Jr., who have supposedly had their salaries converted to bitcoin.

So who is Francis Ngannou? According to Talk Sport, he “is the world’s hardest hitter, was inspired by Mike Tyson.” He is a French-Cameroonian mixed martial artist who ranks at No. 4 in the UFC’s pound-for-pound rankings in the men’s division.

He is also the founder of the Francis Ngannou Foundation in Cameroon, which offers young Africans training facilities, coaching, mentoring, and other empowering tools.

Ngannou will defend his title for the first time this Saturday against interim belt holder Cyril Gane at the  Honda Center in Anaheim, California, in the main UFC 270 event, according to CBS.