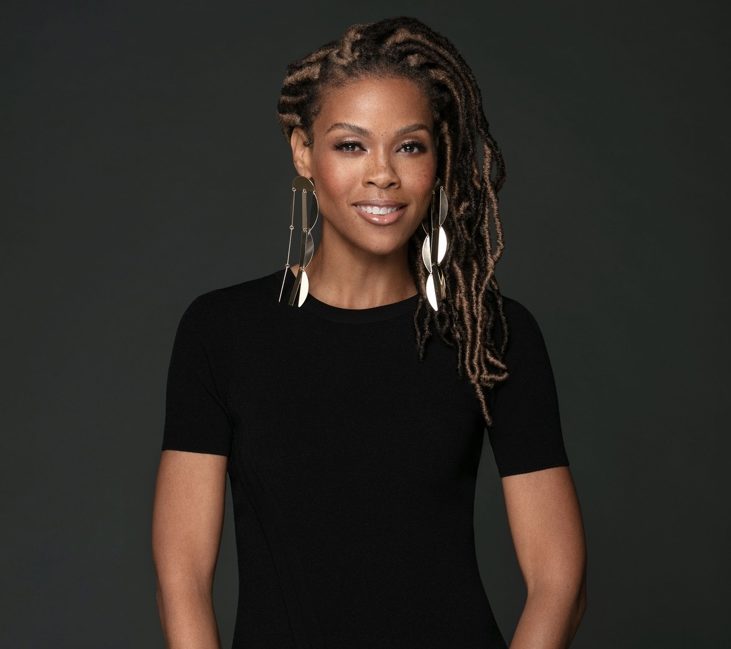 Melissa Ingram aspired to be a high-profile music and entertainment attorney from an early age. Back then, the University of California, Berkeley School of Law grad had no idea that she would one day become a high-powered cable TV executive who would change the face of television.

“I was one of those kids that always sort of knew exactly what they wanted to do. I knew I wanted to go to Spelman College. I knew I wanted to take up English and then go to law school, and then practice entertainment law,” the Los Angeles native told BLACK ENTERPRISE. “I never in a million years thought that that would morph into me actually being more on the business side and doing a lot of strategic planning and vision for a cable television network.”

Ingram launched her career in 2004 as an associate lawyer in the labor and employment group at one of the largest law firms in the southeast, Alston & Bird, LLP in Atlanta, Georgia. In 2006, she began working as an associate lawyer with The Carter Law Firm, PC in downtown Atlanta, where she represented independent artists, songwriters, and labels. She also began consulting with what was known as the Gospel Music Channel before it merged into UPtv. She joined the network full-time in 2009 as Counsel, Business and Legal Affairs. She stayed at UPtv when it partnered with NBA legend and entrepreneur Earvin “Magic” Johnson to launch AspireTV, a network that celebrates Black culture and urban lifestyle, in 2012. Ingram served as the Senior Director of Business Affairs Development and Senior Legal Counsel of Business & Legal Affairs at the cable channel before being promoted to VP, General Manager in 2015. She continued to climb the ladder at Aspire even after it was acquired by UP Entertainment in 2019 and Johnson divested ownership. Today, Ingram is one of the top executives at the media company.

As the Senior Vice President of Multicultural Networks and Strategy at UP Entertainment, Ingram is responsible for driving the growth and success of AspireTV, Cine Romántico, and other multicultural brands from UP Entertainment across all distribution platforms. Her focus is on driving multicultural audience growth as well as championing workplace diversity. Although this is not how she originally pictured her career, she says it was all part of God’s vision.

“I’m a very spiritual person so I believe God’s plans for us, when we submit to His will, is always bigger than what you can imagine.”

Ingram says her current role gives her the opportunity to tap into her creative side while shaping the company’s brand.

Her position allows her to do more than oversee the day-to-day operations, brand, programming, marketing, and long-term strategy of the national cable television network. She sees it as an opportunity to serve and empower women of color (the network’s core audience) by creating content that allows Black and brown women to see themselves celebrating, sharing, and reflecting the beauty of their culture and lifestyle.

According to a study conducted by UP Entertainment, over 12 million Black Americans over the age of 18 watch lifestyle content on a monthly basis. However, they don’t feel represented on mainstream networks like HGTV and The Food Network.

“They’re tuning in, but yet they don’t see themselves there,” says Ingram, who resides in Atlanta with her husband and children. “What we found is that while Black people are watching this content, they may like it, but they would love it if they actually saw their life being reflected in it [and] they saw their culture being infused.”

To fill this void, Aspire launched Butter + Brown, a comical culinary series executive produced by Chef G. Garvin and Issa Rae, and Unboxed with Nikki Chu, an original series where the celebrity interior designer makes over spaces for the likes of singer Tank and his wife Zena Foster, Tisha Campbell, Nicole and Boris Kodjoe, and Rodney and Holly Robinson Peete.

Earlier this year, Aspire partnered with Comcast Xfinity to expand in 12 additional markets. The network also launched a new season of the HBCU Gameday series Fastbreak and Just Angela, an original series that gives viewers a behind-the-scenes look into the life of entrepreneur, philanthropist, and reality star Angela Simmons. Under her leadership, Ingram says Aspire will continue to explore lifestyle content around Black travel, fashion, and culinary arts to meet the needs of viewers who want more Black lifestyle-focused programming.

“I strongly believe there aren’t enough platforms dedicated to Black content. The more the merrier,” says the media exec. “When you think about HGTV, that’s where we’re going. That’s what we’re going after. We’re trying to make sure our audience sees themselves in that sort of traditional lifestyle content.”