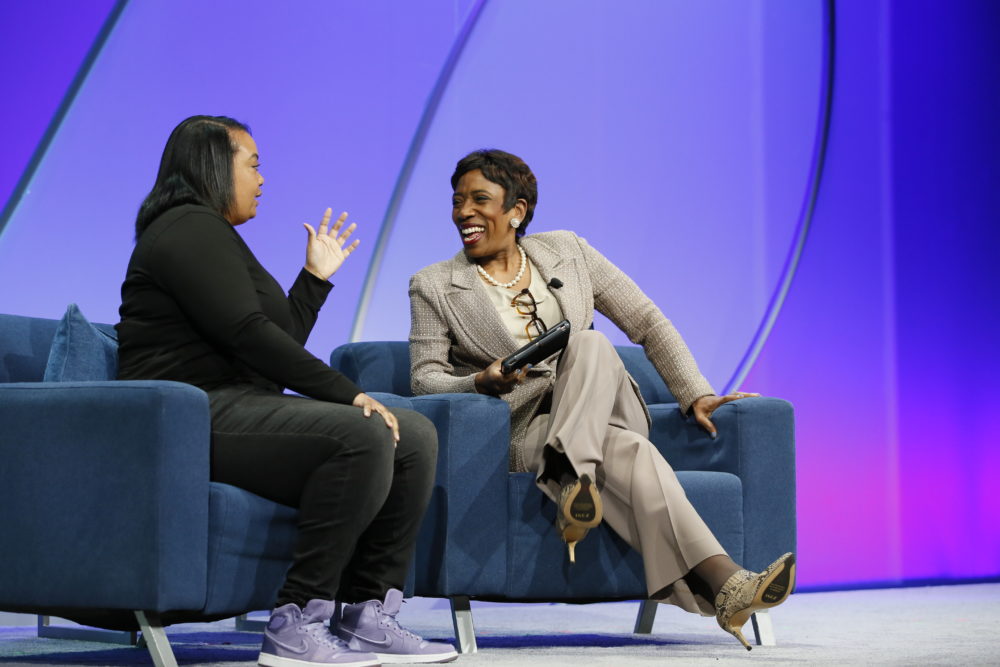 Venture capital firms across America are neglecting a $4.4 trillion opportunity to increase their returns by not investing with companies owned by multicultural and women entrepreneurs, a new survey by investment banking giant Morgan Stanley suggests.

The survey, Beyond the VC Funding Gap, found that almost 200 U.S.-based venture capital (VC) firms and diverse entrepreneurs that have raised venture capital triumphantly are not utilizing known ways to boost their exposure or increasing the probability that they will invest in more diverse founders.

A staggering 83% of VCs surveyed reported they are confident they can prioritize investments in companies led by women and multicultural entrepreneurs and maximize returns. Some 60% of VCs stated their portfolios hold too few of these companies. However, just three out of five VCs reported making investments in women and multicultural entrepreneurs is not a firm-wide priority.

Multicultural and women founders cited “not the right fit for me” and “market-related issues” among the top reasons given by VC firms for not investing in their companies.

What is perhaps most startling is the potential amount of money VCs are leaving behind by not investing in the firms. Based on data from the U.S. Census Bureau’s 2012 Survey of Business Owners and the U.S. Department of Labor’s Bureau of Labor Statistics, Morgan Stanley reported revenues for women and minority businesses were $2.4 trillion. The firm said had the number of women and minority-owned businesses and a portion of revenues matched their percentage in the labor force—56%—then 2012 gross receipts would have risen to $6.8 trillion, suggesting a missed opportunity of up to $4.4 trillion.

“Our research indicates that with a few subtle shifts in their approach, VCs can better position themselves to take advantage of these entrepreneurs and generate superior returns. I hope that this report will help to inspire more firms to re-evaluate their investment strategies so they can capitalize on these opportunities that have historically passed them by,” stated Carla Harris, Morgan Stanley Vice Chairman, Global Wealth Management and Multicultural Client Strategy Group Head.

The NVCA did not specifically address some of the issues pertaining to multicultural and women-owned firms raised in the Morgan Stanley report. But the Washington, DC-based trade group for the nation’s venture capital industry said it is taking several steps to ensure its membership works with and engages with those firms.

The group provided BLACK ENTERPRISE this statement from Maryam Haque, NVCA’s senior vice president of industry advancement:  “Through our VentureForward initiative, NVCA is committed to expanding opportunities for people of all backgrounds to thrive in the venture ecosystem and ensuring everyone who works in this ecosystem has a welcoming professional culture and safe work environment. Some of our activities to date include: NVCA-Deloitte Human Capital Survey – this survey is intended to be an educational resource for venture capital firms to understand how to expand the diversity of their teams and portfolio companies; LP Office Hours in Palo Alto, Boston, Washington, D.C. and Los Angeles. LP Office Hours is an in-person, half-day educational program across the country for professionals of diverse backgrounds to receive advice from and connect with LPs and other GPs, with the goal of learning from LPs about the fundraising process; NVCA hosts workshops and leadership dinners in San Francisco, Boston, and cities around the U.S. interacting with VC leaders in emerging ecosystems; and we have released model HR policies and best practices for attracting and retaining diverse talent. NVCA also offers several educational opportunities to democratize access to education on VC and to support the next generation of VC leaders, e.g. VC University and the Venture Capital Symposium.”

The Morgan Stanley report revealed VC firms not acting on the data on diverse entrepreneurs could be causing them to miss out on returns. That perhaps is potentially being fueled by a lack of awareness of multicultural and women firms in-house. Some 45% of VCs surveyed didn’t know how the returns from companies founded by women compared with their overall portfolio returns. And 53% of VCs were unsure about the returns of firms with multicultural founders.

A closer look at the marketplace

Still, Morgan Stanley stated a closer look at the broader marketplace reveals that companies serving diverse customers represent a huge opportunity to capitalize on consumer segments with plenty of room for more growth. For example, the firm reported that women drive 83% of all U.S. consumption, through both buying power and influence. Plus, African Americans spend $1.2 trillion annually in the U.S. And, (Latin) consumers’ buying power is expected to reach $1.7 trillion by 2020.

Concurrently, the Morgan Stanley report revealed VCs have a reputation for taking calculated “expansion risks” to invest in new and emerging markets — frequently with little precedent or data beyond their own due diligence. Of the VCs surveyed, they reported about 20% of the companies in their portfolios that embody expansion risks. Yet, when they bump into companies run by ethnic and women, entrepreneurs, VCs are less likely to educate themselves or take the risk, particularly if they are not familiar with the market or product.

Yet 88% of the VCs surveyed view the experiences of underrepresented entrepreneurs as a competitive advantage when it comes to identifying different problems that need to be solved. Companies typically created by diverse and women entrepreneurs target a market inefficiency or need they’ve identified based on their personal experiences, making them ideal candidates for the specific types of calculated expansion risks VCs should be looking at.

Concurrently, companies started by women and multicultural entrepreneurs have been and continue to be a moneymaking investment opportunity. Morgan Stanley maintains it has been investing directly in startups led by diverse founders for the past three years.

In its survey, Morgan Stanley named some firms that have provided investors hefty returns. Take Sundial Brands, one of the largest black-owned personal care products led by co-founder Richelieu Dennis. It was acquired in 2017 by consumer products giant Unilever. Sundial Brands, a former BLACK ENTERPRISE BE 100s company,  had revenues estimated at $240 million when it was purchased. After the deal, Morgan Stanley valued Sundial Brands at a whopping $1 billion.

In another eye-popping deal, Nigerian native and entrepreneur Chinedu Echeruo sold his HopStop.com pedestrian navigation service to tech powerhouse Apple for an estimated $1 billion in 2013. The transaction was stunning as HopStop had estimated revenues of just $5 million in 2012.

She says VCs may have held back historically from investing in such firms because up until now there really wasn’t much evidence they were missing something. However, she says, both the evidence and the number on the size of the opportunity exists currently for them to consider doing so.

“The time is now for people to embrace the conversation if not the debate,” Harris says. “The really big surprise is that even though the multicultural and women firms can provide traditional VCs stellar or equal returns (as their peers) that they’re not investing with them for some reason,” she says.

Another factor that perhaps is contributing to the funding gap is a lack of diversity at VC firms.

The lack of diversity among VC firms perhaps is adding to the funding gap. The survey showed among VCs who have hired more diverse fund managers, LPs, partners or board members, 71% say it is a “very effective” way to increase the diversity of companies and founders they invest in. Some two-thirds of multicultural founders reported that they have had more success with diverse VC firms. But, only 11% of entrepreneurs have teamed up with VC firms that are diverse when it comes to gender and race.

“The fact that they (VC firms) don’t have more diversity at the table certainly limits their understanding of some of these industries,” Harris says. “Diversity would make it a lot easier to do so.”

Harris says the encouraging news is that if you look at the private equity industry some of the nation’s largest institutional investors such as CalPERS or the New York State Common Fund are now asking their investment partners about their diversity practices. She says the questions include what does diversity in your firm look like, how many businesses of color did you look at and how many multicultural firms do you have in your pipeline for partnership? Harris is confident the actions may drive VC firms to make the shift of investing with diverse and women firms along with existing partners. “Once you see some of the outside companies start to have some success, I think it’s going to feed on itself,” she says.

Morgan Stanley offered some tips on how VC firms can tap into what the firm calls a multitrillion-dollar market by working with diverse firms. Here is a condensed version of those tips:

Adjust your definition of “expansion risk” to include companies founded and led by women and multicultural entrepreneurs. This can help expand your networking efforts among diverse entrepreneurs and help you better understand the opportunities they present.

Women and multicultural entrepreneurs represent an emerging market in America, much like the internet was 20 years ago or cloud-computing a decade ago. Along with pursuing new markets and products, consider investing in the new perspectives that diverse entrepreneurs offer and the markets they serve.

Having more women and multicultural professionals at your fund is one of the most effective strategies for increasing investments in diverse founders.

By looking inward at your hiring and retention practices and prioritizing diversity, you can improve the delivery of results for your limited partners. The traditional sources for entry-level VC talent—top business schools—have large enough pools of women and multicultural graduates to fill the need.

Develop a comprehensive strategy and make it public. Share data about your internal and portfolio diversity. Establishing goals for investing in more women and multicultural entrepreneurs can be an effective strategy for VCs to show their investors their commitment to effecting change; according to our survey, 86% of VCs agree that such goals would benefit themselves and their LPs.

Interested in raising money from a Venture Capitalist? Take a look at this. 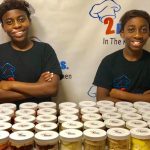 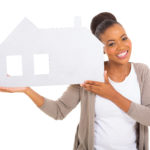 5 Ways To Earn Money In Real Estate Without A License