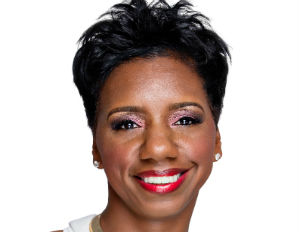 Venus Opal Reese is on a mission to teach Black Women entrepreneurs and experts how to break the million-dollar mark–be it their first million or their first stress-free million–on their own terms.

“By the time I was 16 years old I was living on the streets of Baltimore. I was used to eating out of trashcans and sleeping in alleys that reeked of piss and beer. It was my 9th grade math teacher who saved my life. She helped me. She showed me through her actions that I mattered. Sixteen years later, I graduated from Stanford University with my second master’s degree and a PhD. I took hold of my survival and turned it into a system that fast-tracked me to the million-dollar mark in three years,â€ says Reese.

Despite a rough upbringing, the mentor landed a feature on Forbes.com, she was included in the 12th Annual Wealth Issue of Ebony magazine as one of four black millionaires who made money from their passion, and coached one of her clients, Marin Heiskell, into a partnership which included a $50k signing bonus–double the salary of what she was making.

BlackEnterprise.com caught up with the founder of Defy Impossible to learn about the million-dollar challenge she helps black women overcome, and her upcoming event in Atlanta on May 3.

BlackEnterprise: Your business appears to be very purpose driven. What problem are you trying to solve?

As Black Women, we have been historically positioned as the workhorse, scapegoat, or cash cow. I am sick of sisters making other people rich with their genius. We have been socially rewarded for self-sacrifice and “servingâ€ others. We have never been taught to monetize.

Can you describe your target audience?

My sweet spot is purpose-driven, high-achieving, super successful black women entrepreneurs, experts, and executives who are ready, hungry, and serious about being a part of the 2% of women of all races who ever break the million-dollar mark.

I teach them to do this by turning their “messâ€ into their million-dollar message and then create a movement that matters, which can touch millions and make millions.