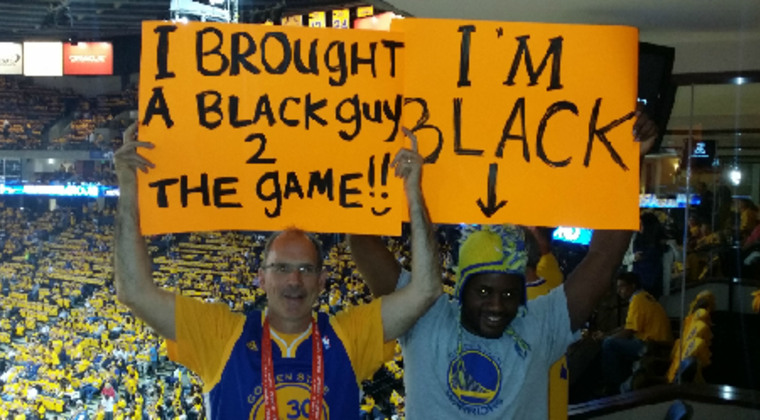 Forget what you’ve heard about racism is an American problem. Oftentimes we have heard people from other countries insist that soldiers in the American armed services were treated so much better abroad. Or, our fellow West Indian black Americans will insist that they did not have these race issues in their country before coming to the U.S. Well, the recent viral video shot in Paris after a football game showing white fans chanting “We’re racist, and that’s the way we like it,â€ adds a new spin to that conversation.

BBC reports the incident occurred on Wednesday at the Paris metro station after the Chelsea Football Club returned from the Champions League match in Paris. BBC further reports that the club banned the five fans from the video from attending future games and that the British Transport Police is still investigating.

The Chelsea Captain stated in the following match’s program that, “Football is a sport for everyone, that is one of the main reasons why we love it, and what happened on the Paris Metro was unacceptable.”
Take a look at these 5 Epic Times Sports Responded to Racism from Takepart.com.

If you missed the viral video, see it here.