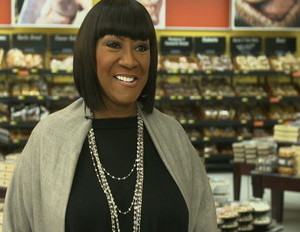 The legendary singer and entrepreneur can celebrate another successful Thanksgiving season. According to FOX Business, a Walmart spokesperson has confirmed that they have sold over 35,000 of LaBelle’s viral sweet potato pies every day during Thanksgiving week. That equates to 1,500 pies purchased every hour.

“With Thanksgiving just around the corner, Patti Pie is expected to remain at the top of customer’s lists when shopping for their holiday meal,” said the spokesperson to FOX Business.

Since the debut, LaBelle has expanded her desserts brand under the retail giant including southern buttermilk pies, banana pudding cups, and chocolate cake.

Has it been 5 years? Time flies when you’re eatin’ Patti pies! pic.twitter.com/gzSBbNMZVh

LaBelle’s pies skyrocketed to fame back in 2015, through social media after super-fan James Wright reviewed one of her sweet potato pies on YouTube. The video went viral garnering over five million views and increased interest in LaBelle’s products causing a frenzy with the pies selling out in record time.

The two have stayed in touch since the viral video with LaBelle surprising him with a birthday tribute and inviting Wright to join her for her Thanksgiving celebrations at her home. Wright has also starred as the special guest for LaBelle’s special series showing viewers how to make the perfect sweet potato pie with The Cooking Channel.