What Marketers Can Learn from Jay-Z and Beyonce Carter 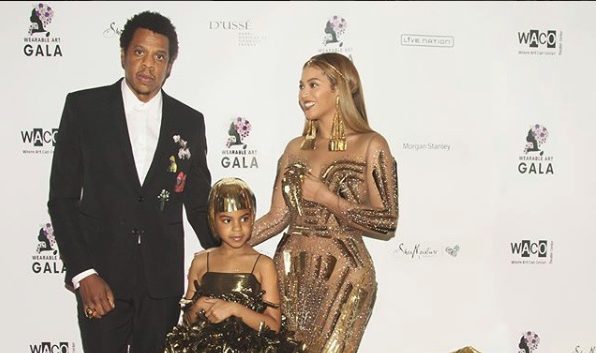 The Carters don’t have MBAs, but they continue to school us on breaking old marketing paradigms.

They are dropping entire albums with a single post to Instagram on a random Saturday afternoon. Everyone in RocNation shares about it on their handles, while most other social posts are organic from frenzied fans who are “getting their complete life.”  Is new music Tuesday still a thing? Perhaps it is not if you are the parents of Blue and the twins. Beyoncé & Jay-Z are also great storytellers, keeping fans on the hook since Lemonade. They trended the entire following week on social media, in blogs, and in news cycles. And we can likely guess that they laughed all the way to the bank within moments of dropping Everything Is Love.

The two even spelled out their philosophy on influencer marketing in their anthem “Apesh-t.”  At some point, they herald that brands like the NFL need them, not the other way around because of the way they move crowds. And they just may have a point. They’re able to do it on- and off-line with packed out arenas separately and together on their “On the Run” tour.

This isn’t their first time flexing and flaunting their influence, and it likely isn’t the last. Take for instance what happened in California a few months back.

You really didn’t have to be there in person to feel the rumblings. History was made at Coachella. Inclusion shimmied onto the main stage flanked with all the trimmings of the historically black college and university (HBCU) and black Greek-letter experience and vivid storytelling. Beyoncé snatched her seat at the table and showed us how to work it.

This one performance sparked conversation varying from pulpits to the New York Times. Not to mention, the social sphere lost its collective mind over #Beychella. Twitter gave the music festival a new name in less than 18 hours. And it’s all because Beyoncé became the first black woman to headline in the history of the event, and the 2-hour long cultural extravaganza is still earning millions of YouTube views.

Music and entertainment prove once again to be an unshakeable cultural pillar for impact. Without a performance critique or even a vote for total fandom for the powerhouse performer, what happened at Coachella should challenge any marketer or communicator to consider applying lessons from that stage to his or her content.

Black women are having a moment.

Whether it sustains or not, it’s now. From Beyoncé to Lena Waithe, to Ava DuVernay, to the historic Alabama election last year, to the blockbuster triune: Hidden Figures, Girls’ Trip, and Black Panther with its strong, positive lead roles—from the ever-royal Oprah to leading in entrepreneurship and having the most advanced degrees of any group, Nielsen recently pointed out #blackgirlmagic is more than a hashtag. And it’s speaking to more than black women. Perhaps it’s time to sprinkle some onto your marketing and communications campaign.

Women are having a moment.

Arguably the loudest voice in the inclusion mix is female at this moment in time.  And it’s a powerful one.  It isn’t a monolith. At roughly half the population, it wields decision-making purchase power in the multi-trillions, and with its collective voice, it’s demanding to be heard on the gender equality front.  Research reveals that across Asian Pacific Islander, Hispanic/Latino and black communities, women are not only emerging as the ones who make the decisions about spending, they’re starting their own businesses – more than their male counterparts.

Dance your way to inclusion, the Carter way.

The power of music and the arts to bring people together is undeniable. For the first time, streaming services like Spotify and Pandora reported data to Nielsen in 2017. They shared what music is making the most people bob their heads. And while most genres can open niche and very targeted doors to hearts and minds, only two were the most agreed upon between all the segments: Hip-hop and R&B. Infusing it into your mass market campaigns isn’t always about the music itself, sometimes it’s all about an influencer or cultural references that cue people’s passions. Who better to deliver on that than Beyoncé herself?

Party with a cause.

Parading culture without a true commitment to the people who own it has typically found brands in trouble. After all the drumlines and Greek steppers cleared the stage, Beyoncé’s camp announced a sizeable donation to several HBCUs. Marketing with a purpose provides credibility and authenticity and helps brands avoid claims of cultural appropriation or commercialism. A sustained commitment will win hearts and minds.

What else can we expect from The Carters? I don’t know about you, but I’m keeping my eyes locked on my IG newsfeed to see, and I’m sure we will meet again somewhere in the social sphere to talk about it.