What You Can Learn From Harvard Law School 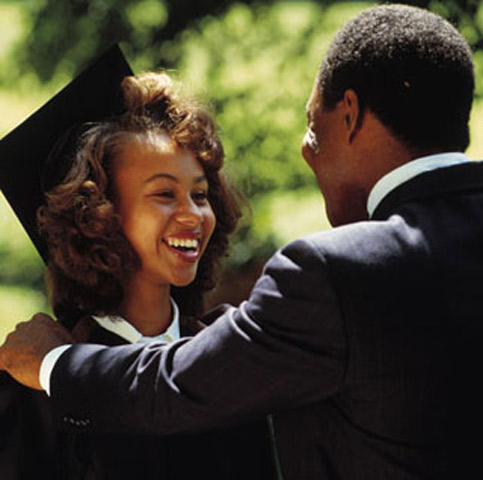 Parents and their college-bound children tend to dread one five-letter word as college acceptance season rolls around: FAFSA. The FAFSA, or Free Application for Federal Student Aid, which is released on Jan. 1 of each year, is a form families must fill out in order to qualify for federal college loans and grants, as well as a majority of scholarships and aid that are available. A lot of questions come up when filing this document, including the right time to fill out the FAFSA, whether you should complete it prior to filing your federal income taxes for the previous year and how to report savings. Weâ€™ve got you covered! BlackEnterprise.com spoke to Marcia E. Weston, Director of College Goal Sunday at YMCA of the USAâ€”a free, statewide volunteer program that assists students and families applying for financial aidâ€”on helpful tips to completing the juggernaut of college paperworkâ€”and getting more money.

Over the past few weeks, many of us will attend the annual round of fall confabs and college homecomings. As we reminisce and, in some cases, salute our good fortune, let’s use these opportunities to reinforce networks and bolster our collective clout.

Of course, tackling macro challenges like an African American unemployment rate of more than 17% and a weakened small business sector may require government intervention to some degree. We can make an impact, however, if we bring together corporate executives, innovative entrepreneurs, seasoned policy makers and other members of alumni groups who can spend a bit of quality time brainstorming solutions and collaborating on promising ventures.

One such potential model was found at the recent Harvard Law School Celebration of Black Achievement. With some encouragement from Raymond McGuire, head of global banking for financial leviathan Citigroup, I attended the event that brought out 700 of the best and brightest. I’m glad I went to Cambridge.

Clearly, Harvard Law has produced some of the world’s most accomplished and powerful. Check out a few of its alums: the late legendary financier Reginald Lewis who built the first Black billion-dollar company to soar to the top of the BE 100s (the institution’s international law center bears his name); corporate icon Kenneth I. Chenault, chairman and CEO of American Express; First Lady Michelle Obama and Leader of the Free World, President Barack Obama. Held roughly every half decade, this year’s attendees included such notables as power litigator Ted Wells, Democratic Alabama Congresswoman Terri Sewell, Maryland Lt. Gov. Anthony Brown, as well as this year’s keynote speakers, Kenneth Frazier, CEO of pharmaceutical powerhouse Merck, and Massachusetts Gov. Deval Patrick. In fact, one of the event organizers was none other than renowned Harvard law professor Charles J. Ogletree, also an alumnus.

Much more than a gathering of the Black legal, political and business elite, the reunion also served as a support network and incubator for new ideas. Ogletree eloquently stated at the outset that CBA was designed to honor the tradition of “Houston, Marshall and Hamiltonâ€–paying homage to Charles Hamilton Houston, the first Black editor of the Harvard Law Review and Howard University Law School dean who waged a lifelong battle to defeat the “separate but equalâ€ doctrine; Thurgood Marshall, a Houston protÃ©gÃ© who won 29 civil rights cases before the Supreme Court and later became the first African American to serve on that August body; and William T. Coleman, the first Black lawyer to join an all-White firm and NAACP Legal Defense Fund president who also battled Jim Crow laws who would eventually rise to become the second Black to hold a presidential cabinet post as Secretary of Transportation during the Ford Administration.

Ogletree further stressed the gathering was also designed to help guide young attorneys making their legal ascent, those in mid-career transition and others who sought to make direct societal change through politics, education and the non-profit sector. To achieve that end, conference sessions included how attendees could gain the competitive edge as legal professionals, launch entrepreneurial ventures, run for public office, create a track to judicial appointments and develop “social impactâ€ ventures. In other words, a series of short courses on making professional, political and personal power moves. But the end game was to use such knowledge and talents to fight for justice and the empowerment and advancement of other African Americans.

The other message: Alumni should support one another in professional, political and philanthropic pursuits. For example, Rep. Sewell, a 1992 graduate, recounted her “uphill battleâ€ to gain election to the Alabama congressional delegation but was able to achieve that milestone, in part, through financial contributions and other support from former classmates. McGuire, a 1983 grad who says “he stands on the shouldersâ€ of legal and business pioneers, uses his power position to mentor young African Americans as a means of feeding the high finance and business pipelines. And 2007 graduate Alexandra Lee, an associate with a top-ranked New York law firm, shared her goal of launching a boarding school in Ghana for at-risk youth.

The Harvard experience should provide reinforcement for Black alumni groups to use their unique setÂ  of resources to attack problems and create opportunities.Â  Our reunions can serve as more than just celebrations, they can be catalysts for change.

That’s the point Kenneth Frazier made when he shared with the attendees an experience before his rise to the pinnacle at Merck. Roughly two decades ago as a partner at a Philadelphia law firm he and two colleagues took on the pro bono case of a Black man fromÂ  Alabama wrongly accused of murder. After several years, he eventually won a new trial which resulted in an acquittal for the innocent man.Â  He said that they “had the most valuable tools and credentials. You must use your tremendous power to do tremendous good in your own sphere of influence.”

We should all do no less.