What Your Candidate Says About Your Credit Score 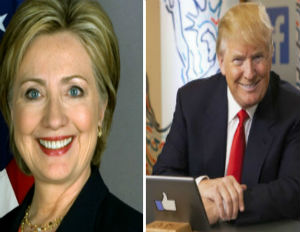 While the candidates sprint down what’s been a rocky road to the nomination nod from their respective parties in this year’s presidential election, a new study by WalletHub shines light on the financial makeup of the voters by analyzing their credit scores.

“While the bulk of the attention is rightfully paid to the candidates themselves, there remains a great deal that we can learn about the very voters supporting them and thus each candidate’s message,â€ writes survey researcher Alina Comoreanu. 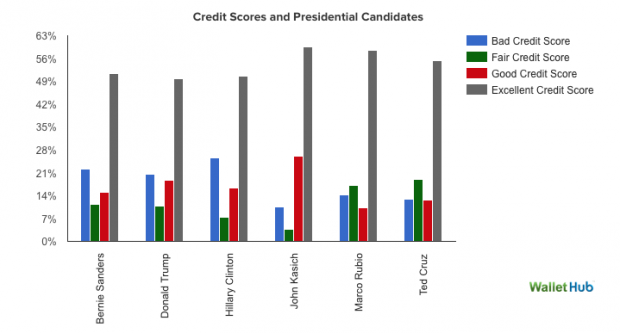 “The higher a consumer’s credit score, typically the higher their income level. High credit scores also skew to an older demographic, since length of open credit lines plays a major role in the overall score,” says Jill Gonzalez, an analyst at WalletHub.

Economic circumstance also plays a role in voter participation according to data from the Census Bureau. People with household incomes of more than $75,000 voted at the highest rate of 77% in the 2012 presidential election.