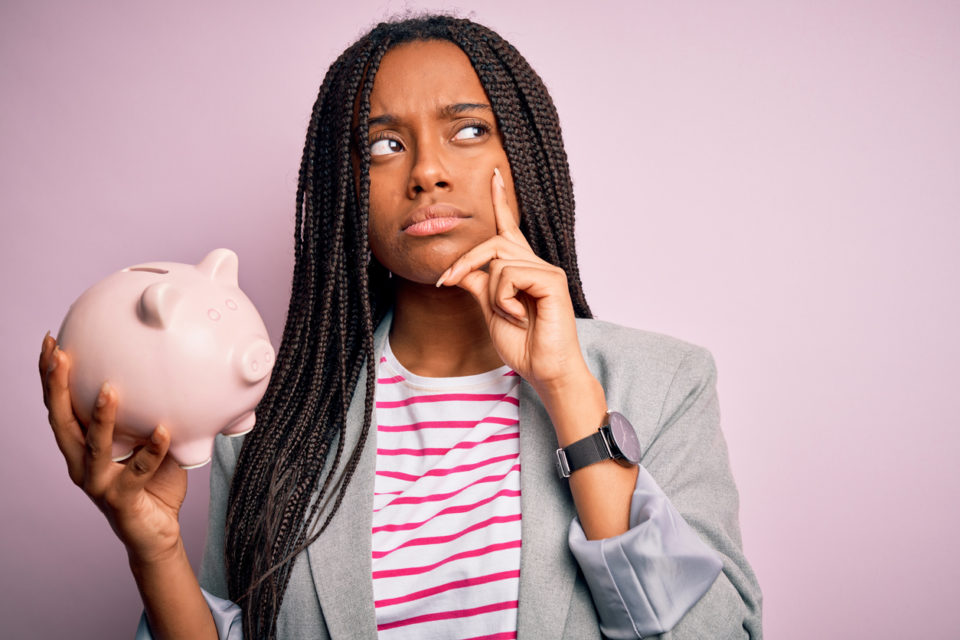 When it comes to personal finances, Black Americans face a double-edged sword.

Reflecting on a new survey, Dann Albright, a research analyst at The Ascent, says Blacks were the most likely to invest regularly and showed some of the best saving habits. And they were least likely among all groups to have credit card debt. Still, he told BLACK ENTERPRISE via email that Black Americans had the lowest net worth of any group and were least likely to make more than $50,000 per year. Among those with non-retirement investment accounts, Black Americans at 56% are the most likely to invest regularly. The Ascent survey analyzed the similarities and differences not just between white and Black Americans, but of all the major ethnic groups across America. The survey was done via Pollfish and included 2,000 American adults ages 18 and over in late September 2020. A Motley Fool firm, The Ascent reviews financial products including credit cards, savings accounts, mortgages and other items to help people make informed decisions on money matters. While people of color (POC) may be less likely to have a savings account,  when they obtain one, nearly 54% put away more than 10% of their income, compared to 36% of White Americans with those accounts. It is typically recommended that you save at least 20% of your income monthly or 10% if that’s the most you can manage.

Rebecca Wiggins, executive director of the Association for Financial Planning & Education AFCPE), commented on those results.

“The fact that people of color save significantly more of their income than white individuals and still have dramatically fewer assets highlights the fact that smart financial behavior is not enough to overcome the financial barriers facing families and individuals of color in today’s society.”

Further, Black Americans at nearly 56% with investment accounts are the most likely to make investing a part of their regular routine. This is considered a good habit to have because investing consistently monthly, is one of the most important rules of investing. And POC were almost three times as likely as white Americans to choose to secure their children’s future as an investing priority.

Interestingly, about 30% of Black American reported investing money to save for retirement or put into general savings/emergency funds as among top investing priorities.

In terms of credit card usage, Asian Americans had the most with a robust 92% reporting that they had at least one credit card, compared to just 77.5% of Black Americans who reported they owned a credit card, the lowest percentage-wise amount among all groups.
In another finding, credit scores were cited as a concern for both Black Americans and Latinx Americans. People in those groups are more likely to not have a credit score or not know their credit score, The Ascent reported. The former is more common for Black Americans and the latter for Latinx Americans. Not having a credit score, also known as being “credit invisible,” makes it harder to open credit cards, get approved for loans or even pass a credit check for an apartment. Consumers who don’t know their credit scores face other issues, largely being unaware of financial opportunities available to them.
Additional trouble spots for African Americans is income and net worth. Salary differs greatly by race with 58% of white Americans earning over $50,000 per year versus 36% of Black Americans. Based on Federal Reserve Board Survey, the median net wealth in 2016 for whites was $171,000 compared to $20,700 for the Latinx demographic and nearly 10 times higher than for Black people at $17,160.The huge wealth gap between Black and white Americans has existed for decades. Systemic disadvantages and much higher homeownership rates for the BlPOC population than for white Americans are contributing factors to the large disparity, observers say.
“The financial barriers placed on people of color for generations has resulted in higher generational poverty than for white individuals,” says Wiggins of AFCPE.  “With limited financial resources to pass on to the next generation, families of color have to work longer and save more to achieve key financial goals, such as home ownership.”
Moreover, the survey numbers showed white Americans generally have more stable employment situations than people of color. White people are less likely to be jobless or to need to work at multiple jobs, another contributing reason in wealth inequality.
That Black Americans have great financial habits but still fall far behind other groups in financial outcomes is a harsh and astounding reality, the Ascent’s Albright noted.
“The fact that they’re working with the least and still have some of the best financial habits in our survey is incredible. This shows us that Black Americans put their limited resources to great use.”
He added the good habits shown, like higher savings rates and more regular investing, will help Black Americans boost their net worth over time. With less debt and better money choices, time is on their side. However, he pointed out they’re working with significantly less income than other groups — especially white Americans — they start at a serious disadvantage. So he claims one of the keys for Black Americans to close the net worth gap is by fighting for equitable pay.
“I know it’s easy to say that, and much more difficult to make it happen, but it’s something that everyone, regardless of racial, ethnic, or financial background, needs to work together toward.”
Until that happens, though, he says, the key is establishing good financial habits as early as possible, because even with lower income, these habits can result in higher net worth over time.
“Making sure that young Black Americans understand that they can eliminate at least part of the racial wealth gap in the United States by making smart financial decisions is a critical step we can start taking right now.”