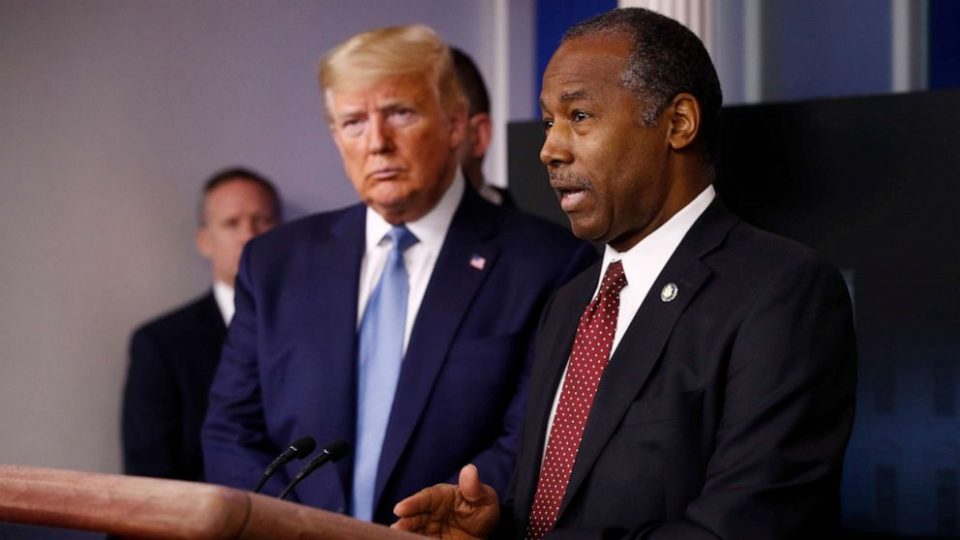 Ben Carson answers a question from a reporter during a press conference. Image: Twitter/@NBCNews

A White House study shows Opportunity Zones have generated $75 billion in private investment across the U.S. in the last two years.

Opportunity Zones are part of an investment program created by the Tax Cuts and Jobs Act of 2017, allowing for certain investments in lower-income areas to have tax advantages. One of the benefits for investors is the ability to defer capital gains taxes.

The study comes from the Council of Economic Advisers showing private investment in Opportunity Zones has increased. However, the study doesn’t show the coronavirus’ effect on the zones.

“This $75 billion in two years is remarkable because as the program was put together, Secretary [Steven] Mnuchin and his group predicted $100 billion over 10 years,” Housing and Urban Development Sec. Ben Carson first announced on Mornings with Maria. “The Council of Economic Advisers also predicts that that will lift one million people out of poverty.”

In addition to the funds it has brought in, Opportunity Zones have led to a 29% increase in economic investment from the second quarter of 2018 to the fourth quarter of 2019, according to Carson.

“It’s having a profound effect, as far as property values are concerned, they go up 1.1% just with the announcement of you being in an Opportunity Zone,” he said. “So these things are actually working extremely well.”

Opportunity Zones are meant to turn a low-income community into one with businesses, apartments, and parks, but the tax incentives that come with them accelerate gentrification. The process of improving an area to the point where the previous residents can no longer afford to live there.

Gentrification has affected large areas such as New York City where people in Brooklyn and Queens have had to relocate (in some cases outside the city). Gentrification also affects rural areas where homelessness is rapidly increasing and states lack the social services to deal with the issue.

There are more than 8,760 Qualified Opportunity Zones in the U.S., including in all 50 states, Washington, D.C., and five U.S. territories, according to the U.S. Economic Development Administration.

In order for an area to qualify as an Opportunity Zone, a community has to be nominated by a state and has to be certified by the Treasury secretary.