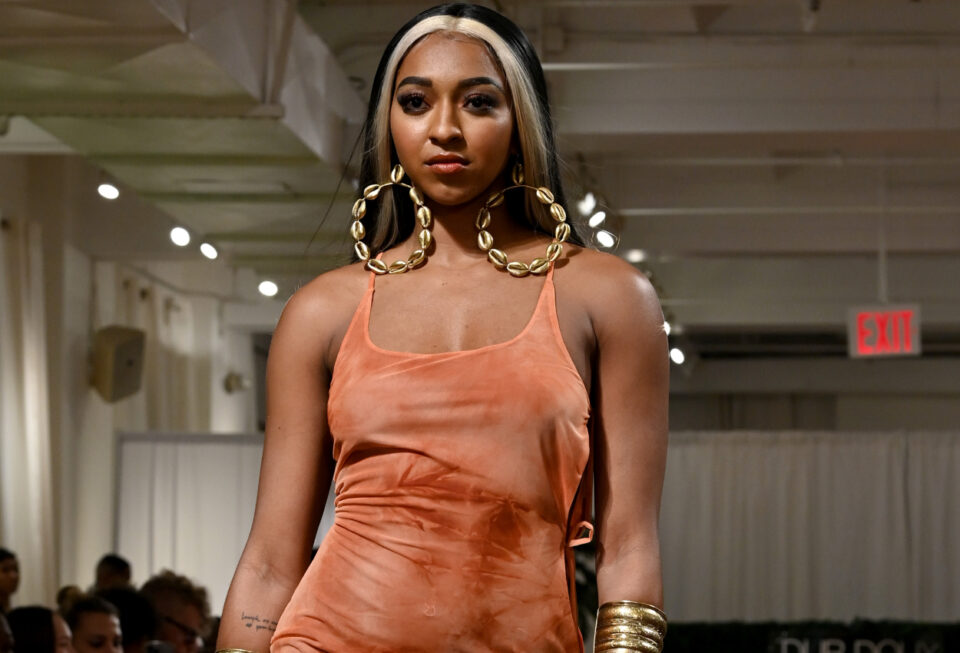 From sneakers to heels, the WNBA enters basketball superstars into the big fashion league.

According to Huff Post, after Dur Doux presented its Fall-Winter 2022 collection at the Black in Fashion Council showrooms in February, the WNBA reached out to the Burts about a partnership for their Summer-Spring 2023 line, and the dynamic fashion duo set out to create the Paradis Palmiers collection. Keeping in mind the forward mission of the Dur Doux brand, the designers crafted elegant and wearable looks to send down the NYFW runway.

“We love your brand. We’ve been reading about your story, and we’d love to just participate,” Burt said the league told her.

“Initially, it was just to have two stars be able to sit the show. Then this season we said, ‘How would you all feel about having one of the players walk the show,” she continued in her statement to HuffPost.

After making her Sports Illustrated Swimsuit debut in May, Richards immediately came to both designers’ minds. They were dedicated to creating the line as Burt’s sister and father were both athletes in school. The Burts styled the WNBA star in a tangerine orange maxi dress to express their Floridian and Caribbean brand inspiration. The vibrant dress showed off the athlete’s legs for days through a daring slit down the side. The look was completed with gold bangles and seashell hoop earrings before sending Richards out on the runway for her first NYFW debut.

Richards expressed that walking in the show was a dream come true for her since her experience with finding clothes that fit tall girls like herself had been an ongoing struggle. She hopes the moment would open desires for other designers to acknowledge fashion within the league.

“It’s a missed opportunity for many people that aren’t tapping into the WNBA. We’re all kind of fashionistas, whether that be wearing sweats or we’re the girly girls who like to wear dresses and skirts,” Richards said.

“It’s exciting to see the different ways that ‘The W’ amplifies fashion, but I’m proud that I’m able to be that person for little girls like me.”

The Burts hope for a long-standing relationship with the WNBA after the partnership with Richards and the league this year.